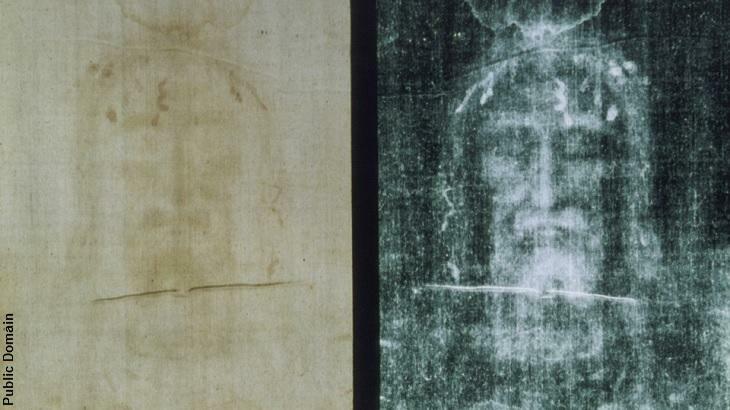 An intriguing new Shroud of Turin study reportedly casts doubt on a landmark 1988 examination of the cloth that found it to be a medieval hoax. The often-cited research from three decades ago saw the Catholic Church allow independent laboratories in England, the United States, and Switzerland to subject portions of the alleged relic to radiocarbon testing in order to determine its age. The study's conclusion that the shroud was actually from somewhere between 1260 and 1390 sparked worldwide headlines declaring that the mystery was solved. However, a new look at that project seemingly upends the controversial findings.

Remarkably, the raw data from the study had been kept secret from the public for nearly three decades and all requests from independent investigators to see the information had been rebuffed by the institutions. Finally, in 2017, a team of researchers filed a Freedom of Information request to the British Museum, which oversaw the project and was in possession of the materials. Much to their surprise, the legal gambit worked and they managed to get their hands on the much-coveted information.

A subsequent two-year-long study of the raw data led to the conclusion that the 1988 project was rather problematic. "The tested samples are obviously heterogeneous from many different dates," team leader Tristan Casabianca explained, "there is no guarantee that all these samples, taken from one end of the shroud, are representative of the whole fabric. It is, therefore, impossible to conclude that the Shroud of Turin dates from the Middle Ages."

Shroud of Turin researchers who had previously been skeptical of the 1988 study see the new examination of that project's data as confirmation of their suspicions that something was amiss with the work. "The decision not to publish all the data," Russ Breault argued, "was no doubt so they could achieve the coveted '95% confidence' regarding the medieval date." Another researcher, David Rolfe, mused that, back in 1989, "no one was prepared to challenge the weight and might of the combined authority" of the institutions behind the initial project which appeared to debunk the relic's purported miraculous origins.

These skeptics specifically point to lax testing protocols as well as the specific portion of the shroud that was tested as problems which were not properly addressed at the time. "The corner chosen [to be studied in 1988] was absolutely the most handled area of the cloth," noted Breault, "exactly where it was held up by hand for hundreds of public exhibitions over the centuries." As such, he declared, it was "the worst possible sample location" for radiocarbon testing.

In light of these new findings, Casabianca called for a new radiocarbon examination of the shroud. "New tests, with robust protocols, are needed,” he declared, "we have to learn from the failure of the 1988 carbon dating." While another round of modern-day tests of the shroud may very well serve to provide some clarity on what has become a decidedly convoluted examination of the relic from three decades ago, such a study would could only happen if the Pope himself approved of such a project and there are doubts as to whether or not the Church would want to wade into the controversy at this time.