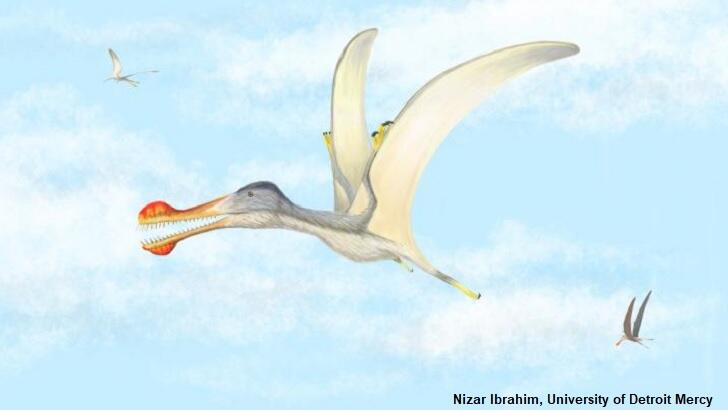 An international team of researchers have identified a trio of heretofore undiscovered flying reptiles that roamed the skies during the time of the dinosaurs. The newfound pterosaurs reportedly inhabited the region of Africa which is now home to the Sahara Desert. However, when these airborne creatures inhabited the Earth 100 million years ago, the area was far less arid than it is today and was, in fact, "an ancient river ecosystem."

The flying reptiles, scientists say, boasted "a murderous looking set of large spike-like teeth" used to snatch unsuspecting prey from the air. The wingspan of the creatures is believed to have been a whopping 10-to-14 feet in length and allowed them to fly vast distances similar to modern-day condors and albatrosses. The discovery of the new species is seen as something of a breakthrough for scientists since, prior to now, little had been known about the pterosaurs of Africa.