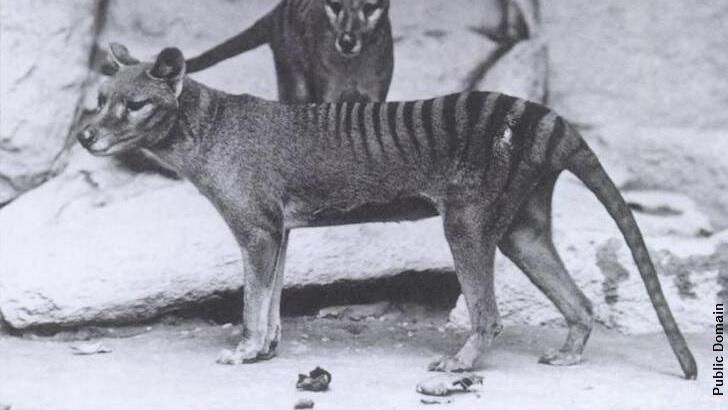 A pair of scientists in Australia are launching an ambitious project in the hopes of capturing proof that the legendary thlyacine is still alive.

Known by its more popular name, the Tasmanian Tiger, the infamous creature has been considered extinct by mainstream science since the last known thylacine died in captivity in 1936 and sightings in the wild seemingly ceased around the same time.

However rare appearances by the animal have allegedly persisted over the years with modern technology adding to the perceived legend that the thylacine still exists.

In recent years, interest in the tale of the Tasmanian Tiger has increased considerably and it appears that the intrigue surrounding the creature has finally drawn the attention of mainstream science.

Researchers from Australia's James Cook University will soon embark on a remarkable study which will see more than 50 camera traps placed in regions where it is believed the thylacine may still roam.

The scientists are keeping the details of their project rather secretive, but not because they are trying to outwit the elusive animal.

One of the researchers behind the project explained to ABC.net that "we're a little worried about what you might call the 'yobbo effect' — where somebody hears about it and then wants to go and shoot one of these things."

Let's hope that they can avoid the yobbos and the commendable inquiry produces some kind of new evidence that will bolster the case for the thylacine.

Should such an effort prove successful, it just may inspire some academics here in America to take up the call and finally put the funds together to find Bigfoot once and for all.