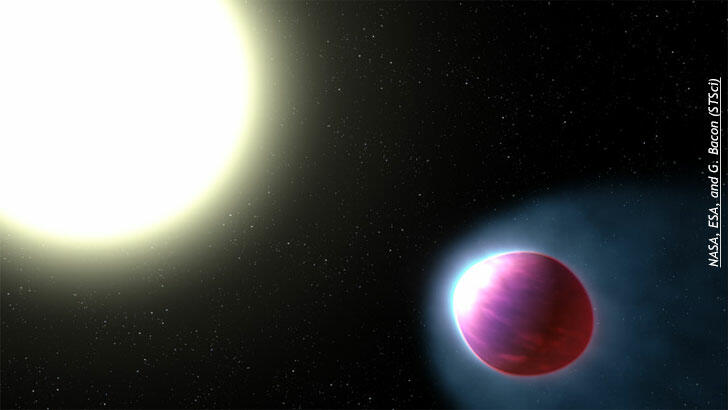 A thought-provoking new study suggests that planets which scientists once considered to be ideal locations for alien life may not be so friendly after all. Produced by a team of researchers at the University of California at Riverside and published today in an astrophysics journal, the project looked at planets said to reside in what astronomers call the 'habitable zone.' This designation, which is also colloquially called the 'Goldilocks zone,' means that the world is close enough to a star to possess liquid water and, ostensibly, some kind of lifeforms.

However, upon closer inspection, the researchers at UC Riverside determined that there are additional factors which must be taken into consideration when it comes to these planets, specifically toxic gasses. They explain that within the range of what would be considered the 'habitable zone' are a number of worlds in which possessing liquid water would require "tens of thousands of times more carbon dioxide than Earth has today" and, as such, complex creatures such as humans and animals could not survive there.

Remarkably, they say, "carbon dioxide toxicity" alone suggests that "less that one-third" of the once-promising habitable zone would actually contain worlds that were fit for humans and complex creatures. Beyond that, the researchers noted that excess levels carbon monoxide would be another significant factor which seemingly eliminates two recently-heralded exoplanets, Trappist-1 and Proxima b, which were said to reside in the Goldilocks range and are a fairly close distance away from the Earth.

While the findings of the study are undoubtedly disappointing to those hoping for the eventual discovery of alien life somewhere out there in the cosmos, the paper comes with something of a silver lining. That's because the research will presumably allow for astronomers to narrow down the number of possible planets out there which can contain life beyond simply those that can sustain liquid water. So, in that sense, the conclusions from the paper could serve as a metal detector, so to speak, when it comes to locating the proverbial needle in a haystack that is a planet boasting life.