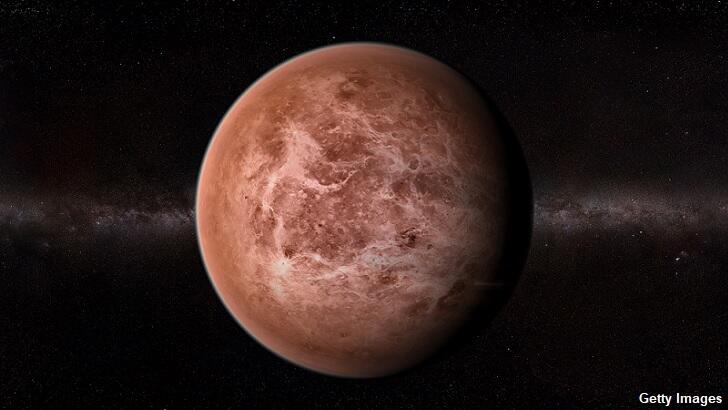 A new study looking at the atmosphere of Venus appears to have squashed a tantalizing theory put forward last year which suggested that there could be microbial organisms residing in the planet's clouds. Back in September of 2020, a team of astronomers made headlines when they announced the detection of the chemical compound phosphine in the atmosphere of Venus. Since the only means by which such material is produced here on Earth is via industrial activity or microbes, the researchers proposed that the latter source might be responsible. The observation understandably caused quite a stir in the scientific community, but now a new study of the planet's atmosphere has reportedly cast considerable doubt on the hypothesis.

Researchers studying data derived from probes that cruised through the atmosphere of Venus found that the clouds are simply too dry to support any kind of life. "When we looked at the effective concentration of water molecules in those clouds, we found that it was a hundred times too low for even the most resilient Earth organisms to survive," explained microbiologist and co-author John Hallsworth, "that's an unbridgeable distance." While the study does not explain where the phosphine may have come from, it would appear to upend the theory that it is produced by microbial life, unless there are tiny heretofore undiscovered creatures residing in the atmosphere of Venus which are exponentially more resilient than anything found here on Earth.

Interestingly, the study did find one planet which does boast an atmosphere that would be conducive to such life existing as far as water activity is concerned. "There is at least a layer in the clouds of Jupiter where the water requirements are met," revealed astrobiologist and co-author Chris McKay, who mused that the gas giant "looks much more optimistic" when it comes to worlds that may host microbial life in their clouds. However, according to the researchers, the chances that Jupiter's atmosphere could be home to some kind of tiny creatures is also fairly slim due to ultraviolet radiation and a dearth of nutrients.