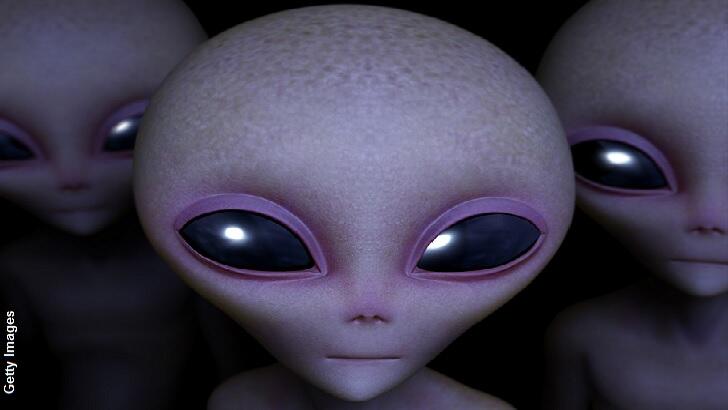 An enlightening new survey found that nearly two-thirds of Americans believe in extraterrestrials, but only a few of the participants expressed concern over the UFO phenomenon being a major national security risk. Conducted by the prestigious Pew Research Center over the course of the ten days leading up to the release of the Pentagon UAP Report last Friday, the poll featured a rather sizeable sampling of opinions from 10,417 adults living in the United States. Asking those surveyed for their "best guess" as to whether or not "intelligent life exists on other planets," a staggering 65% answered in the affirmative, while only 34 percent indicated that they do not believe that to be the case.

Delving into the hot topic of unidentified aerial phenomena reports from military personnel, the survey found opinions largely split as to the nature of these odd objects with 51% expressing some belief that the UAPs are "evidence of intelligent life outside Earth" and 47% opining that the mysterious sightings are not extraterrestrial. Regarding the possibility that the UFO phenomenon might pose a national security risk to the United States, the responses were similarly divided with 46% saying that they perceive the objects as a threat and 51% postulating that UAPs are "not a threat at all." Interestingly, of the 46% who were concerned about UFOs, only 10% see them as a "major" threat, while 36% believe the danger posed by the objects is "minor."

Yet another fairly split difference of opinion from participants in the survey was revealed when they were asked for their opinion on how the government has handled the issue of UFO reports. In response, 46% gave a positive assessment and 49% had a negative view. The mysterious nature of the UFO phenomenon may have best been captured by the question of how people perceive the intentions of these objects. To that end, 17% believe they are "friendly," 7% argue that they are "unfriendly," and a whopping 74% chose the option "neither." And while the media barrage of the last few weeks may seem like the country is captivated by the UFO topic, only 12% said that they have been following the story "a lot," while 66% said they have heard "a little" about it, and 21% indicated that they knew "nothing at all" about the matter.