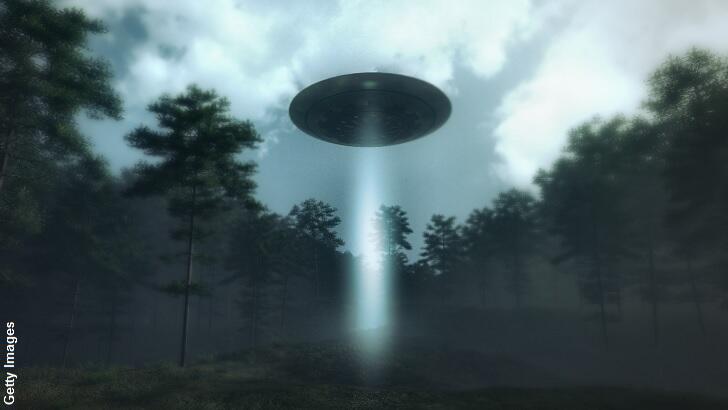 After keeping silent for an astounding 36 years, a retired U.S. Air Force officer has revealed that he was in attendance at the infamous Rendlesham Forest UFO event of 1980.

Steve Longero says that he was stationed at the base during the time of the incident as a police sergeant for the USAF.

On the night in question, Longero claims, he was guarding the weapons storage facility at the base when the alarm system at the site suddenly sprung into action.

According to Longero, he then saw a series of bright lights hovering over the nearby forest and was mystified as to what they were.

Along with several other witnesses, the astounded sergeant ventured out into the forest in an attempt to investigate the strange aerial intruders.

Longero recalled an eerie scene as the stunned observers watched in silence as the red and green glowing lights floated near the treetops as if they were watching the men on the ground.

When a superior officer arrived, a plan of action was developed and some of the men were tasked with approaching the illuminated object.

However, Longero says, when the brave soldiers got close to the one of the lights, it sped away from the area, effectively ending the frightening encounter.

A few days after the sighting occurred, Longero was ordered to never discuss the event because it could raise questions about nuclear weapons being secretly stored at the base.

Although he followed the order for the next 36 years, Longero finally decided to share his story so that people would realize that there were many witnesses to the event aside from the handful who have spoken out so far.

Hopefully Longero's decision to detail his experience at Rendlesham will encourage his fellow still-silent witnesses to step forward and detail what they saw that night as well.

Coast Insiders looking to learn more about the legendary Rendlesham Forest UFO incident can check out USAF base commander Col. Charles Halt's first-hand account of the event on the 11/18/2012 edition of the program.