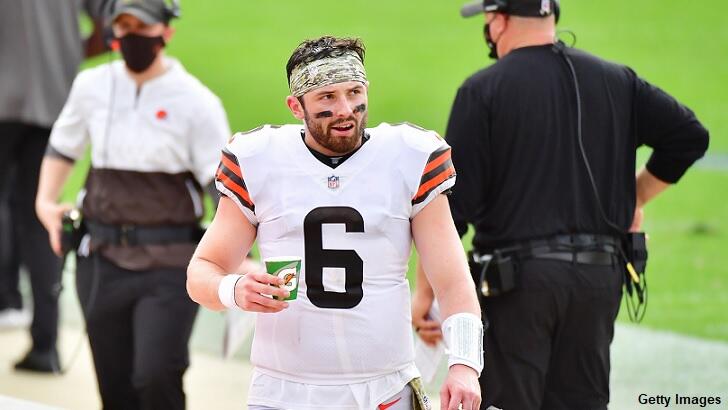 The quarterback for the NFL's Cleveland Browns, Baker Mayfield, is the latest sports star to find themselves connected to the UFO phenomenon after he took to social media last night to report seeing something inexplicable in the sky. Posting to Twitter shortly before midnight, the superstar athlete declared that, "almost one hundred percent," he and his wife "saw a UFO drop straight out of the sky on our way home from dinner" earlier in the evening. "We stopped and looked at each other," he wrote, "and asked if either of us saw it."

Mayfield went on to describe the object as a "very bright ball of light, going straight down out of the sky towards Lake Travis" near Austin, Texas. Unsurprisingly, the strange tweet sparked a slew of responses on social media, ranging from people poking fun at the athlete to others sharing their own puzzling experiences. Fortunately for Mayfield, he can take solace in the fact that he is not alone among NFL quarterbacks when it comes to having a UFO experience as, back in 2016, Aaron Rodgers of the Green Bay Packers revealed his own dramatic sighting of "a large orange, left-to-right-moving object" that he spotted in the sky over New Jersey.