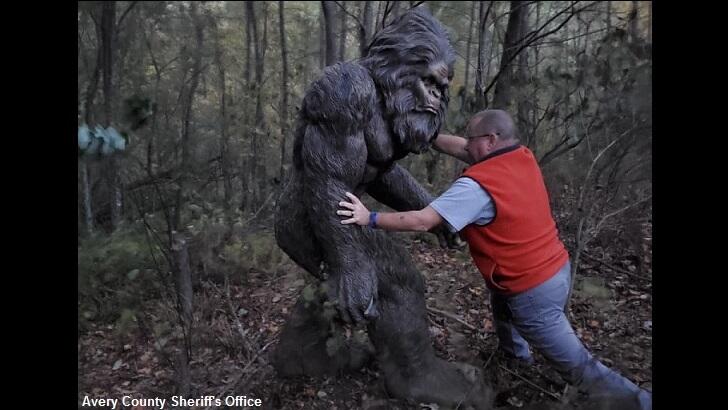 The case of a stolen Sasquatch statue in North Carolina has reportedly come to a close after the pilfered piece was found deposited deep in a forest. The theft of the display from a landscaping company in the community of Linville back in late August spawned considerable media attention due to both the absurd nature of the crime as well as the difficulty of the task itself since the statue stands six-feet-two-inches tall and weighs a whopping 180 pounds.

At the time, it was theorized that the Sasquatch may have been taken by nearby college students as a prank to celebrate the start of the school year, but no one was ever busted and the Bigfoot remained as elusive as its corporeal counterpart. That is, the Avery County Sheriff's Office says, until a "very alert young man" recently stumbled upon the statue in a remote wooded area around 11 miles away from where it once 'lived.'

Fortunately, the statue was not damaged, which led authorities to theorize that the thieves "either had a change of heart or found that having a Sasquatch was just more difficult than they thought." To that end, one imagines that whoever took the statue in the first place likely didn't expect their misadventure to wind up making national news and, once it did, they probably didn't want to hold on the piece for very much longer.