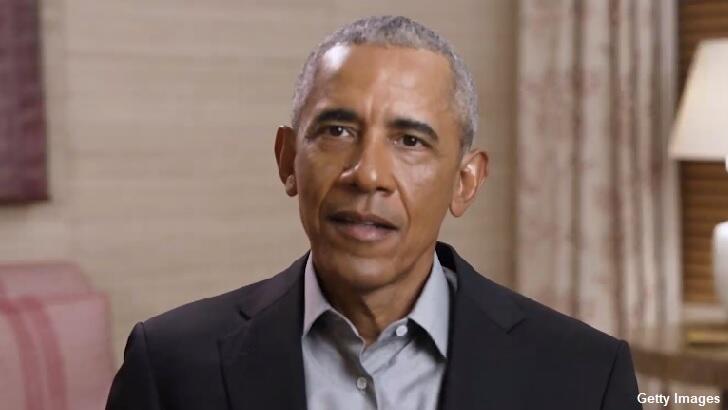 Former President Barack Obama has once again offered his thoughts on UFOs, specifically musing about what might occur if it were discovered that aliens were behind the phenomenon. He shared the intriguing insights during an appearance on this week's edition of the New York Times podcast The Ezra Klein Show. Asked about his previous assertion that he would like to know what UFOs are, Obama replied "absolutely" and the former president was then posed with the rather eyebrow-raising scenario of how his politics might change if it were confirmed that the phenomenon is extraterrestrial in nature.

The former president first explored the parameters of such a hypothetical event, wondering if we would be able to make contact with these ETs. However, Klein opted for perhaps the least fantastic version of such a development, saying "we can't get in touch. We just know we're not alone and someone's been here." Within that framework, which Obama called "interesting," he indicated that a proverbial alien disclosure would not change his politics in particular since they are "premised on the fact that we are these tiny organisms on this little speck floating in the middle of space."

Obama noted that he would often cite this idea to his staff, explaining that "I’d tell them a statistic that John Holdren, my science adviser, told me, which was that there are more stars in the known universe than there are grains of sand on the planet Earth." He went on to observe that there are many differences among humans inhabiting the planet right now and expressed the hope "that the knowledge that there were aliens out there would solidify people’s sense that what we have in common is a little more important."

Perhaps the most tantalizing aspect of Obama's answer centered around the repercussions of such a revelation, as he noted that "no doubt there would be immediate arguments about like, well, we need to spend a lot more money on weapons systems to defend ourselves." Additionally, he theorized that "new religions would pop up" and in what may be something of a worrisome, but probably accurate thought, he ultimately mused "who knows what kind of arguments we get into. We're good at manufacturing arguments for each other."