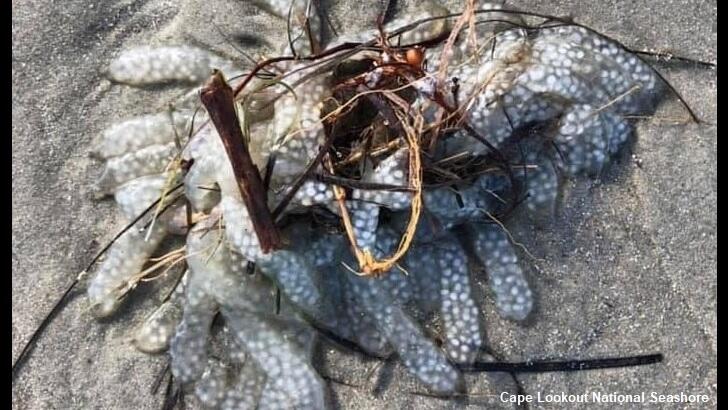 A bizarre blob that washed ashore in North Carolina has left experts scratching their heads and asking the public for help in identifying the oddity. The Cape Lookout National Seashore, which "protects a 56-mile stretch of barrier islands on the North Carolina coast," shared an image of the "mysterious mass" on their Facebook page earlier this week. According to them, the curiosity has "escaped being identified" by puzzled park rangers despite having been discovered on a beach "a few months ago."

Although they theorized that the strange find could be "something like the egg sacks of a squid," the department conceded that "we aren't sure" of that assessment. As such, they turned to their followers on social media in the hopes of finding a definitive answer. And, as one might expect, the responses ranged from the prosaic, with many individuals confidently echoing the squid egg sack theory, to the fantastic, with some likening the oddity to an alien creature, of course. Can you identify the mysterious blob? Weigh in with your best guess at the C2C Facebook page.