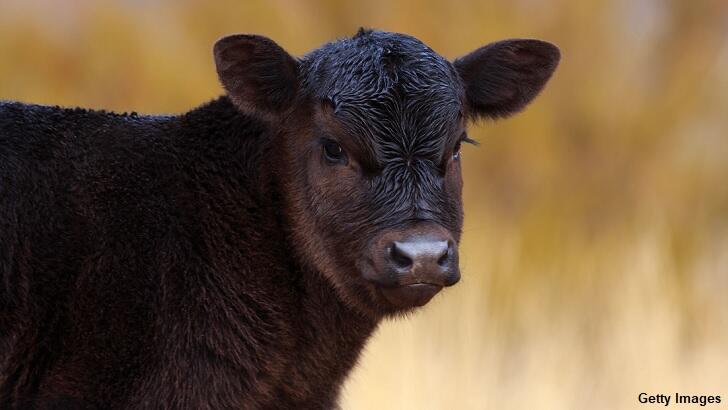 Authorities in Oregon are investigating a rather curious cattle mutilation case in which the perpetrator may have left behind a critical clue. The puzzling incident reportedly occurred on a ranch near the community of Fossil last last month when a black Angus cow was discovered with its tongue and genitals removed with seemingly surgical precision and its reproductive organs had also been taken.

Strangely, the dead animal was discovered with its front legs tucked underneath its body. "She died in a position she couldn’t have gotten into by herself," observed ranch owner David Hunt, "I don’t have any kind of logical explanation for it." Sheriff’s Deputy Jeremiah Holmes, who is investigating the case, declared that "there was definitely foul play involved in this animal’s death."

Although there initially appeared to be not significant signs of trespassing on the ranch where the killing occurred, Holmes indicated that authorities later found a partial boot print that appears to have come from the person who committed the nefarious deed. It remains to be seen whether or not the impression will yield any breakthroughs in the case, but undoubtedly a better clue than most other cattle mutilation incidents are afforded.

To that end, the late July case follows an eerily similar incident from this past March as well as a highly-publicized event which occurred in the summer of last year wherein five bulls were mutilated under mysterious circumstances which have yet to be explained. In light of this series of unexplained and peculiar cattle deaths throughout the state over the last year, authorities are now considering forming a special task force to look into the matter and, hopefully, find the culprit behind the troubling slayings.