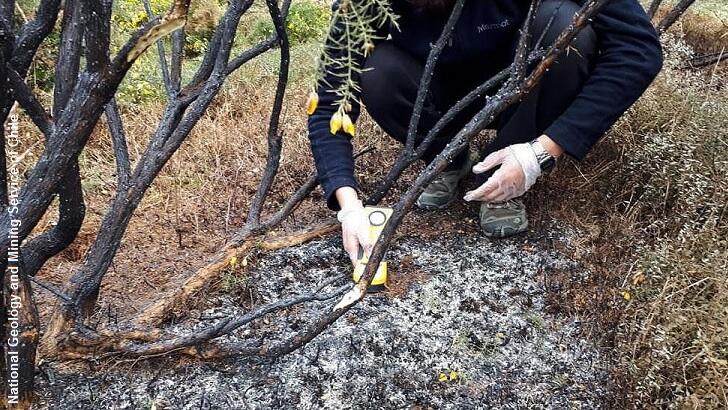 A fireball that fell from the sky in Chile last week sparked a number of small fires as well as a puzzling mystery due to its difficult to discern origins. The curious event reportedly occurred on the island of Chiloe on September 25th when several residents reported seeing a fiery object that appeared to be breaking up as it descended to the ground. While the incident was initially assumed to have been simply a meteor burning up while entering the Earth's atmosphere, the case took a strange turn when Chilean officials announced that was not the case.

A report from the country's National Service of Geology and Mining indicated that a search of seven sites where fires had broken out due to the literal unidentified flying objects yielded "no remains, vestiges or evidence of a meteorite." Officials with the agency plan to analyze soil samples taken from the locations in the hopes that the dirt will contain some clue as to what was behind the perplexing event. Investigators also spoke to area residents who "said they had not seen the fall of the supposed object or heard noises associated with the fall of a body of this nature" and, as such, "preliminarily, professionals rule out the fall of a meteorite."

In light of that conclusion, the predominant theory to emerge is that the fireball was space junk returning to Earth. However, one astronomer who tracks such objects said on Twitter that there were "no obvious space debris candidates that I can see" though he conceded that "sometimes takes a few days for relevant data to come in." For their part, authorities in Chile say that the results of their soil sample analysis and the findings of their investigation into the odd incident "will be announced in the coming weeks." While we wait for answers from Chilean officials, give us your best guess for what caused the weird event at the Coast to Coast AM Facebook page.