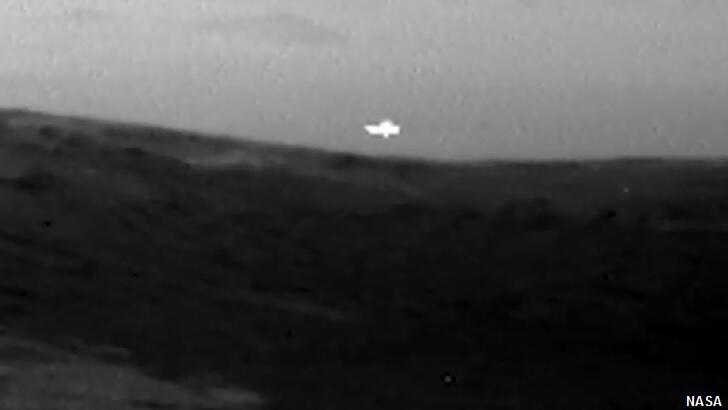 NASA's Curiosity Rover recently photographing a puzzling anomaly in the form of an odd flash seemingly floating above the surface of the Red Planet. The weird image was taken this past Sunday and released by the space agency on Thursday. The appearance of the oddity was apparently rather brief as it did not show up in images taken in the seconds before and after the photograph was snapped.

As to the nature of the weird anomaly, NASA suggested that it could have been a reflection or some kind of camera interference. That hasn't stopped some UFO enthusiasts from theorizing that perhaps the oddity had some kind of alien origin. A similar situation occurred back in April of 2014 when another enigmatic flash was photographed on Mars, sparking ET speculation and forcing the space agency to issue their best scientific explanation for how it could have occurred.