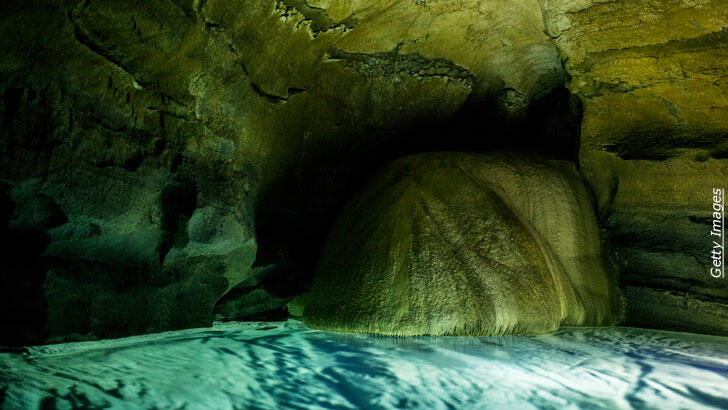 Odd Life-forms Found Deep Inside Mine

Extreme microbes have been found thriving deep inside Kidd Mine in Canada in a water reservoir said to be undisturbed for two billion years. Geologists from the University of Toronto recently discovered the single-celled sulfur-breathing organisms, which need neither oxygen or sunlight. Instead they nourish themselves on chemicals in the surrounding rocks-- pyrite or fool's good.

The new finding adds to the growing list of similar microbes found in such places as volcanic vents on the ocean's surface. In fact, one geobiology report from a Swiss team estimates that five-hundred-thousand-trillion-trillion cells live inside the deep Earth, with a weight of more than 300 times all living people. More at NBC News.