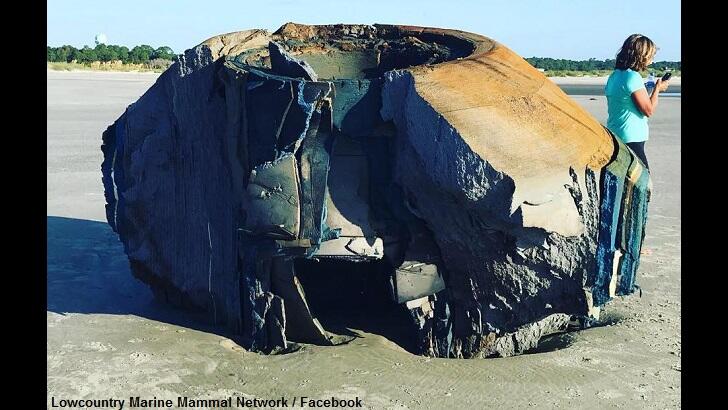 A wildlife welfare group in South Carolina found a strange-looking and rather sizeable object that had washed ashore on an island. The puzzling piece of debris was reportedly discovered Thursday morning on the beach of Seabrook Island having seemingly been deposited there by the ocean overnight. The organization Lowcountry Marine Mammal Network, which is normally called upon to handle sea creatures in distress, found themselves with an altogether different situation when they arrived on the scene.

According to the group, who posted a picture of the object on their Facebook page the outside of the oddity appeared to be foam. This has led to speculation that debris is either a buoy of considerable size or a piece of construction material used for building on the water. Some imaginative observers have suggested more fantastic theories such as that it is some kind of space debris or, of course, a downed UFO.

While that possibility seems fairly unlikely, workers with the town did swiftly whisk the object away without answering any questions and its current whereabouts are unknown. So, there remains the possibility that a stranded alien could be running around on Seabrook Island as we speak. What's you're theory on the mystery object? Let us know at the Coast to Coast AM Facebook page.