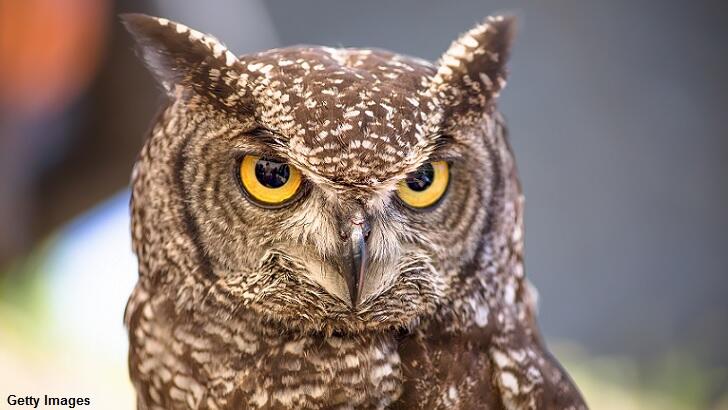 An Arizona woman's attempt to help a seemingly injured owl took a troubling turn when the bird recovered from its injuries and trapped its kind-hearted helper inside of her car! The odd misadventure began when the unnamed woman was driving late at night on Monday and noticed what appeared to be an injured owl in the road. Rather than just keep on cruising past the downed bird, the Arizona Republic reports, she instead opted to try and help the creature.

Presumably with the intention of taking it to an animal hospital of some other site where the bird could be tended to, the woman actually picked it up and put it in her car. Since she was able to pull that off without any problems, what happened next almost certainly took her by surprise as, shortly thereafter, the owl revived from whatever had knocked it for a loop. No doubt now even more disoriented because it was somehow inside of a car, the bird proceeded to clasp onto the steering wheel of the vehicle as well as the woman's sleeve with its sharp claws.

Thankfully, she was able to call her mother for help, which led to the Arizona Game and Fish Department getting involved with some advice on how to escape the situation without upsetting the owl. However, their initial suggestion was somewhat comical, in retrospect, since they told her to douse the bird with water to drive it away. Alas, all that did was provide the owl with a refreshing drink and it still refused to budge. Eventually, the bird must have grown bored with sitting in the car, since it finally flew away, leaving the shaken woman likely wishing she hadn't tried her hand at an amateur animal rescue.