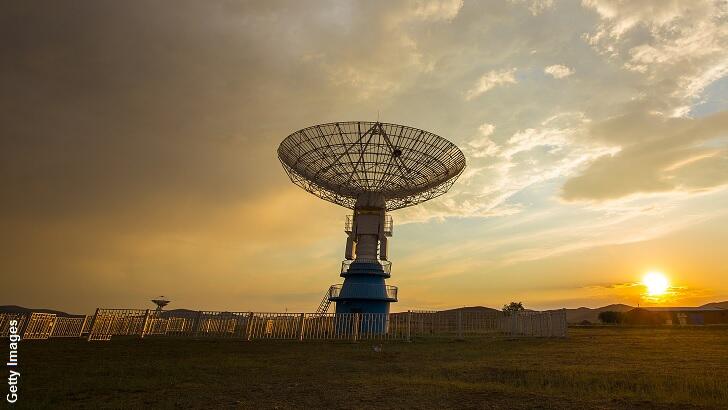 Researchers at the Arecibo Observatory have detected puzzling signals coming from a relatively nearby star and they're not quite sure what's causing them.

The enigmatic pulses appear to be emanating from a star dubbed 'Ross 128,' which is a mere 11 light years from Earth.

Since the signals only seem to be coming from that particular star, astronomers have ruled out the possibility that the pulses were the result of some kind of technical error from the telescope that detected them.

While the cause of the signals has yet to be determined, astronomers have put forward three possible sources for the pulses: something akin to solar flares from the star, a celestial object which crossed through the telescope's field of view, or an emission from a high altitude Earth-based satellite.

That said, the perplexed scientists note that each of those three potential scenarios do not entirely fit with the signals detected from Ross 128, leaving them scratching their heads as to what could be causing them.

Perhaps seeking to squelch sensational stories suggesting that the signals came from ETs, the astronomers who spotted the pulses say that "the recurrent aliens hypothesis is at the bottom of many other better explanations."

In an attempt to get a better understanding of the potential source for the signals, astronomers at Arecibo took a second look at the star on Sunday and plan to parse that data this week in the hopes of solving the newly-formed mystery.