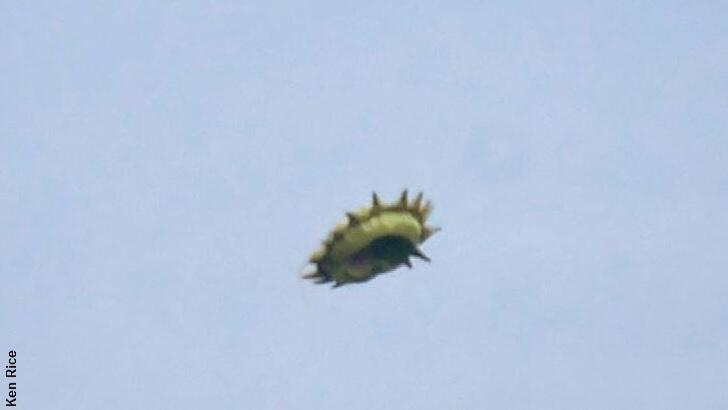 A Canadian wildlife photographer captured a truly strange unidentified flying object that has left him baffled.

Ken Rice had just finished taking some nature photographs at a marsh in the Canadian city of Oshawa when he suddenly spotted something odd appear in the sky.

Thinking that it might be a turkey vulture, Rice snapped a few pictures of the anomaly which was positioned high in the air and far away from him.

He recalled to the Durham Region newspaper that "it kind of hovered, sat there for a minute and then it took off."

When he later looked at the images after getting home, Rice was mystified by the object's bizarre appearance as it was unlike anything he had ever seen.

According to him, the way in which it sped away from the scene makes him skeptical that it was a balloon and, because he was alone at the marsh at the time, he also does not think it was a kite that someone was flying.

Additionally, a subsequent investigation into weather balloons also failed to produce anything that might match the oddity.

As such, despite expressing skepticism about UFOs and aliens, Rice concedes that, for now, the anomaly is a genuine 'unidentified flying object' since no one seems to be able to figure out what it was.

Can you identify the weird object that Rice photographed? Let us know at the Coast to Coast AM Facebook page.