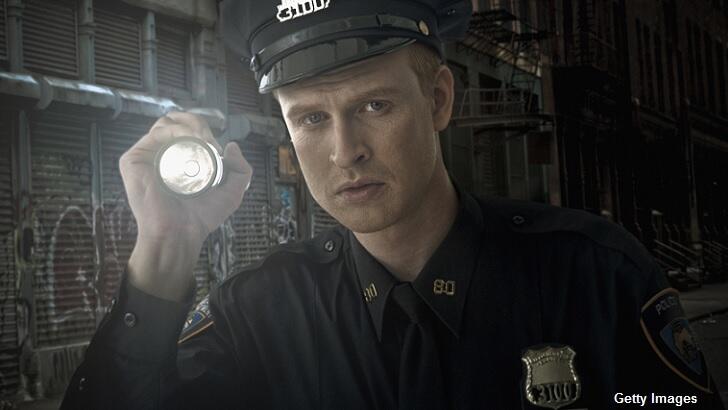 In an odd story out of Ohio, a police officer may have encountered a ghost as he was responding to a report of a seemingly out-of-place little girl wandering around late in the evening. According to a local media report, people living in the city of Mentor have been captivated on social media over the last few weeks as multiple residents have shared home security camera footage of an anomalous white form that could be seen quickly traveling along a sidewalk. As one might imagine, speculation in the community has centered around whether or not it was an apparition and, it would seem, an appearance by the curious figure ultimately wound up prompting a call to the police, but their investigation only made matters all the more mysterious.

A concerned resident phoned the Mentor Police Department back on March 10th at around 11:40 PM with a rather weird report. "I was surprised by what I saw," they said," explaining that they noticed a person near an area elementary school who resembled a small girl, but was "running rather erect and too quickly for a child." Eerily, when cops arrived on the scene to investigate, one officer actually saw a youngster matching the description provided by the puzzled caller. However, when he exited his patrol car to tend to the tot, the child was gone. Certain of what he had seen, the cop continued looking for the little girl, but she was nowhere to be found.

To their credit, the Mentor Police Department took the matter very seriously and enlisted the help of several other officers as well as a K9 unit and even a drone to search the area looking for the child, but the exhaustive effort proved futile. Chillingly, when the cop who had originally seen the little girl went back and checked his dashcam video from the encounter, the youngster did not appear on the footage. The perplexing incident would appear to bolster the belief of some residents that there is a ghost child roaming the streets of the city, however other people in Mentor are not as convinced, insisting that the apparition is merely the case of mistaken identity or perhaps the work of a prankster.