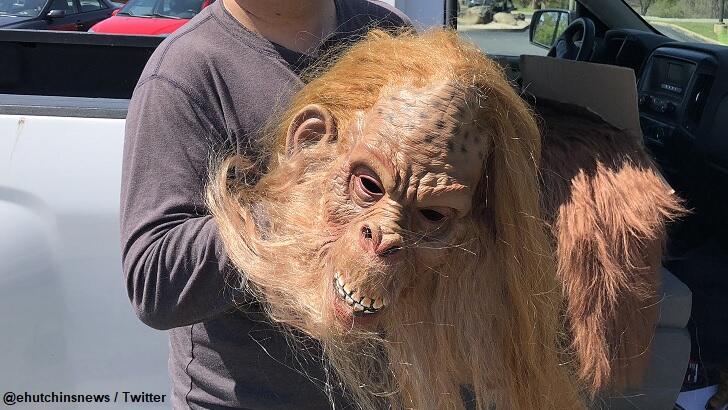 In a not altogether surprising turn of events, it has been revealed that a series of purported Bigfoot sightings at a park in Oklahoma were, in fact, a campaign to encourage social distancing. The alleged encounters made news at the beginning of last week when Tulsa's Turkey Mountain Urban Wilderness Area shared several images seemingly showing a Sasquatch and allegedly taken by visitors to the site over the previous weekend.

The proverbial Sasquatch flap continued for a few days as an increasing number of photos and videos of the creature roaming around the wilderness area appeared online. Eventually, the park went so far as to issue a press release that acknowledged the reports, indicated that a consultation with a wildlife expert found that there was "no evidence to support the existence of the 'Bigfoot,'" and promised to investigate the matter.

As if their decision to issue the statement on April 1st was not suggestive enough, the Turkey Mountain Urban Wilderness Area later revealed that the entire affair was merely a clever effort to remind visitors to practice social distancing at the site. Employee Ryan Howell, who was the man behind the 'Bigfoot,' marveled that the campaign "absolutely exploded" beyond their expectations. Since unmasking the 'creature,' the park has continued to utilize the so-called 'Social Distance Sasquatch' character to ensure that people don't forget to adhere to safe practices while in the area.