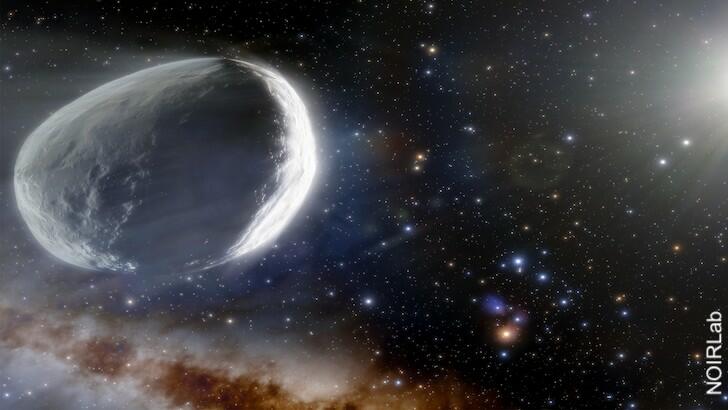 On Its Way: The Biggest Comet Yet

Six years ago, astronomers discovered what they initially thought to be a dwarf planet—only to learn more recently that the intergalactic object is reportedly the largest comet ever observed, and it's headed in our direction. Fortunately, the Earth is in no danger: in about ten years, scientists say, the Bernardinelli-Bernstein comet (aka C/2014 UN271) will enter our solar system at a point nearest to Saturn, where it continues on toward the sun. That's still billions of miles from us, so although the BB is about a thousand times larger than any other comet humans have witnessed, it can only be seen by a telescope. Stargazers will want to seize the opportunity to get a look, because BB is believed to get so close only once every 3.5 million years.