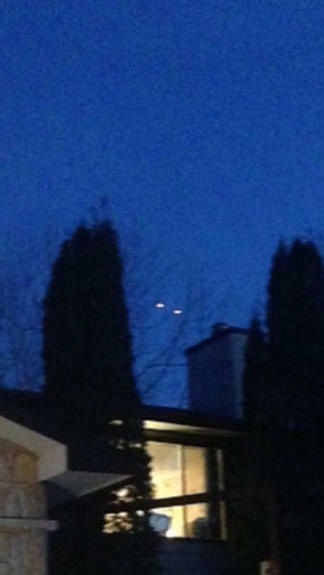 On May 14, 2014 at 9:50pm (CST) I had noticed two orange balls of light in the sky, just hovering in one spot (40-45 degrees in the southwest sky in Winnipeg) and not moving. They also had an orange aura around them. I watched the objects for about 30 seconds and then watched the ball on the left move up a bit, with the other ball of light immediately following around one second later. The orange lights moved up for about three seconds and then fizzled out quickly. Lights appeared orange in color but have a whitish tinge in photos (shot with iPhone 5).