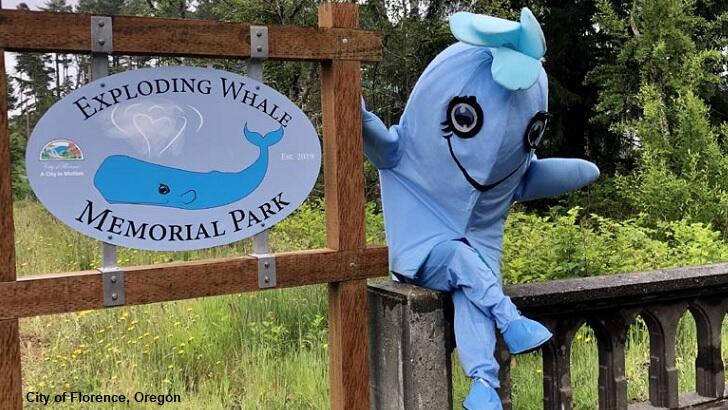 A new park in Oregon has been given a rather odd moniker in honor of its home city's rather bizarre claim to fame. Back in November of 1970, officials in the community of Florence were uncertain about how to dispose of the body of a massive sperm whale that had washed ashore and ultimately decided to blow up the creature using dynamite. The extraordinary event, which was filmed by a local television station, saw pieces of the creature cast far and wide with blubber raining down on nearby cars and businesses.

In an instant, the exploding what incident became legendary and, over the next 50 years, inspired a variety of parodies and comedic depictions of the story. Not unlike the Roswell in New Mexico or Mothman in West Virginia, the story has become indelibly linked to the city of Florence to the point that it is now a celebrated part of the community's history. As such, it probably came as no surprise to local officials when a contest to name a recently opened park by way of a public vote resulted in the whale tale coming out on top.

And so, this past weekend, the city of Florence officially announced that the previously-dubbed Siuslaw River Beach Access Park would forevermore be known as the Exploding Whale Memorial Park. Alas, they had hoped for a much larger celebration to coincide with the name unveiling, since this year marks the 50th anniversary of the famed event, but "2020 swept in and blew those plans out of the water," leading to the ironically rather muted commemoration of the bizarre blast.