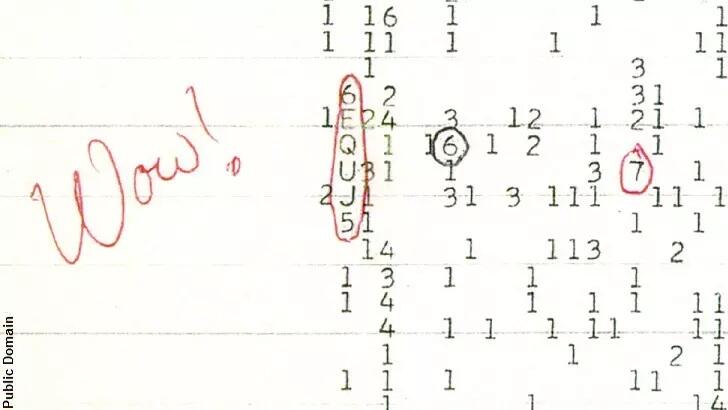 An amateur astronomer may have solved the longstanding mystery of what spawned the legendary 'Wow!' signal. The subject of considerable speculation from scientists and UFO enthusiasts alike for over four decades, the curious signal was picked up by a radio telescope in 1977 as part of the search for extraterrestrial intelligence and, due to its highly anomalous nature, prompted the astronomer studying the incoming data to famously scribble the word 'Wow!' in his notes when he saw it. Despite countless efforts to pin down the source for the puzzling one-time observation, its origin has yet to be decisively found, but now an intriguing new suspect has emerged.

Working off of the undoubtedly controversial but not entirely implausible theory that the signal emanated from an extraterrestrial civilization, Alberto Caballero reportedly set about studying data from the European Space Agency's Gaia observatory, which has been mapping space for the last seven years and, so far, has documented around 1.8 billion stars. Specifically, the astronomer looked for sun-like stars, since such celestial bodies are most likely to be encircled by exoplanets upon which life might develop. Caballero's dogged search ultimately led him to '2MASS 19281982-2640123,' which is a star eerily similar our own sun in size, temperature, and brightness.

The tantalizing candidate also just so happens to sit in the general location from which the 'Wow!' signal emanated back in 1977. Although Caballero concedes that there are other stars in that area which could be the one at the center of the mystery, he posits that '2MASS 19281982-2640123' is, by far, the best possible suspect given how closely it matches our sun. Of course, the astronomer's research does not completely close the case as it now has to be determined if there are exoplanets orbiting the star, which one hopes astronomers will endeavor to pursue considering that our best evidence yet for ET signal could have come from one of those hypothetical worlds.