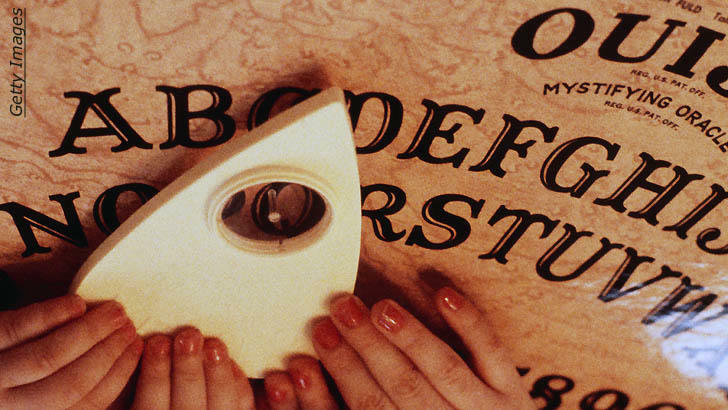 A school in Peru was forced to cancel classes for a week when more than two dozen students suffered from a spell of mass hysteria which erupted after they played with a Ouija Board. The weird incident reportedly unfolded earlier this month in the town of San Jose de Saramuro. The strangeness began when a student, who is the daughter of a teacher there, produced a "book of black magic" which she had presumably pilfered from her mother as well as the dreaded Ouija Board.

At the girl's urging, her fellow students decided to play with the Ouija Board and subsequently began exhibiting some truly unsettling behavior, including incoherent screaming and convulsing on the floor. All told, around twenty-seven students at the school were said to be afflicted by the perceived possession. In response, school officials suspended classes for a week so that the students could receive treatment from doctors and "religious groups."

Oddly enough, another strange incident involving a Ouija Board and a school also occurred this week here in the United States. Officials in the Pennsylvania city of Altoona say that they were warned of an impending school shooting by a student who claimed to have learned of the terrifying event by way of a message imparted to him via a Ouija Board. Authorities looked into the matter, but apparently felt that it lacked merit as they decided not to take any action about the eerie premonition.