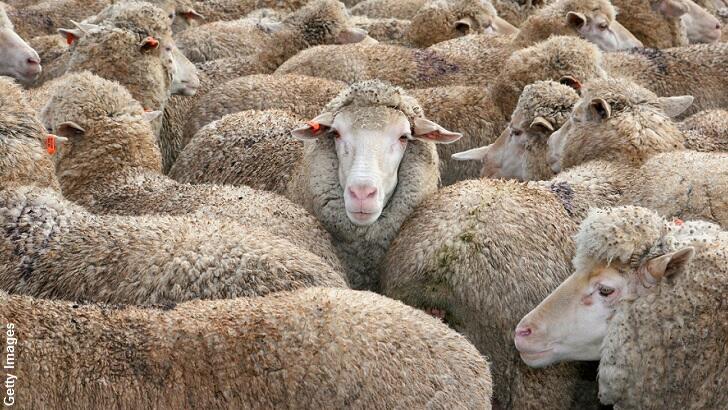 Over 150 Sheep Killed by 'Mystery Creature' in India

A strange hysteria has gripped a village in India following a slew of sheep deaths that have been blamed on a 'mystery creature.'

To date, more than 150 of the animals have been killed by an unknown predator over the last two months, spawning speculation about the nature of the beast behind the attacks.

Hoaxed photos and videos posted to social media in India have only added fuel to the fire and caused some residents to suspect that there is something akin to the Chupacabras preying on their livestock.

The panic reached a fever pitch in recent weeks, with some villagers reportedly staying up all night in an attempt to catch the killer, leading to authorities being forced to intervene in the matter.

Wildlife officials will soon be installing a series of security cameras in the village in the hopes of spotting whatever may be behind the slayings.

Additionally, they plan to form a proverbial task force of brave volunteers willing to guard nearby forest trails from which they believe they creature may be traveling.

Stressing that residents should not believe the rumors circulating about an 'alien' entity feasting on their sheep, one official expressed the opinion that the cause of the killings could be a pack of wolves.

While it may not be the Chupcabras or a displaced and hungry ET, the prospect of the voracious wolves prowling around the area probably won't assuage many of the villagers concerns.