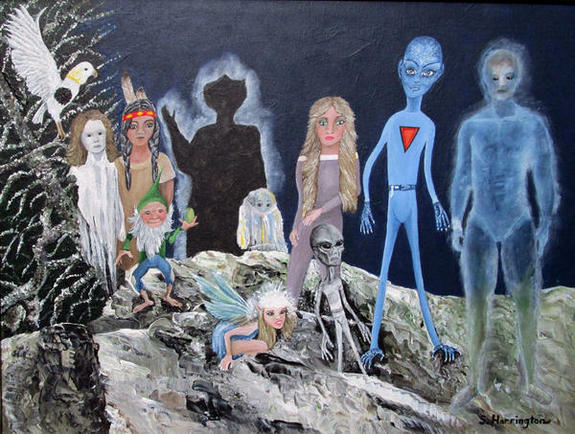 I was a ghost hunter for 5 years and established a Facebook fan page, Spiritspotters, in 2011. As I began encountering dark energy in 2013, I decided to pursue an alternate path by getting involved with MUFON and various metaphysical centers. During my ghost hunting years, I captured various entities with my camera. I also sensed the presence of other beings which chose not to be caught on camera. Nevertheless, I tuned into them psychically and caught glimpses of their forms. In the past few months, I have began painting again and the pictured work exposes some of these entities.