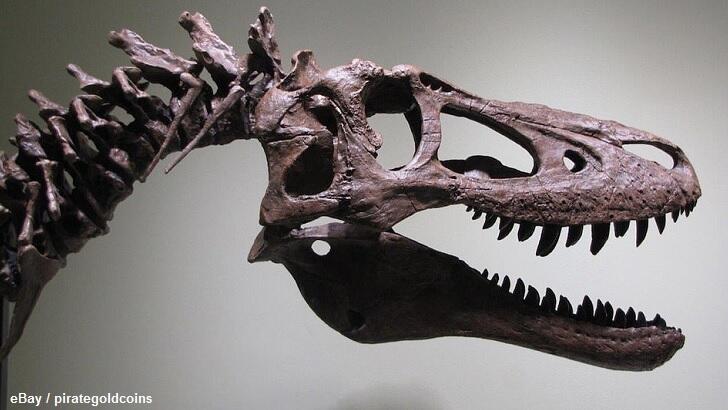 A recently announced eBay auction of what is believed to be the world's only baby Tyrannosaurus Rex specimen has, unsurprisingly, sparked an outcry from scientists. The remarkable remains were reportedly discovered back in 2013 by a man named Alan Detrich, who unearthed the fossilized dinosaur from a private piece of land in Montana. He then subsequently loaned the ancient find, dubbed 'Son of Sampson,' to the University of Kansas Natural History Museum, where it has been on display for the past few years.

However, Detrich drew the ire of paleontologists around the world last week when he shockingly decided that to sell the incredibly rare remains on eBay in an auction where the initial asking price is a whopping 3 million dollars. In response to the surprising attempt to sell the T. Rex, the scientific organization known as the Society of Vertebrate Paleontology issued an open letter expressing profound concern about the decision. Specifically, they decried Detrich using the fact that the dinosaur was on display at the museum as a key selling point in the auction and noted that officials at the facility immediately removed the exhibit upon learning about the sale.

Beyond what they apparently see as the disingenuous loaning of the dinosaur to the museum in order to increase its perceived value, the paleontologists argued that simply selling the remains on the open market to the highest bidder could result in the baby T. Rex falling into the hands of a private collector never to be seen again. This, they say, would not only prevent critical future scientific study of the fossils, but also possibly inflate the value of other remains currently owned by individuals who are also loaning their discoveries to museums, but may now be tempted to try and profit off of their finds should Detrich net millions of dollars for the T. Rex.