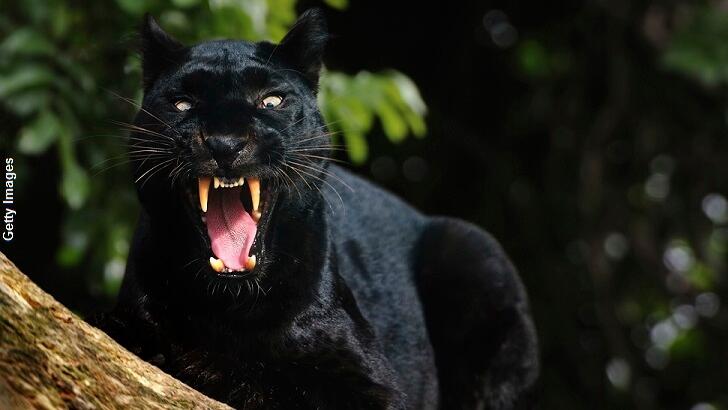 A man in England claims that he was targeted by a massive panther-like cat that attempted to get a hold of him by reaching through a window. According to a local media report, the bizarre incident took place in the city of Cornwall last week as Matthew Wild was visiting his girlfriend's house. While there, he noticed a huge cat outside pounding against a window frame of the home which was six feet off the ground.

Rushing over to shut the window, Wild was taken aback when the big cat suddenly began swiping at him. "It grabbed my hand through the window," he recalled and marveled that "I used to work with animals and this thing was like nothing I'd ever seen." Fortunately for Wild, he was unscathed by the creature's presumably sharp claws thanks to what he described as his "very tough skin."

Having gotten a fairly good look at the creature, Wild theorized that the ferocious feline was some kind of hybrid of a domestic cat and a panther. This conclusion, he said, was based on the animal's "tone, strength, and might." And, in a weird coda to an already odd story, when Wild called police to report the harrowing encounter with the highly aggressive beast, they not only dismissed his story, but also told him not to call about the cat again or else he would be the one in trouble.