Home > Articles > Paper Warns That Climate Change Could Cause Civilization to Collapse by 2050
June 4, 2019 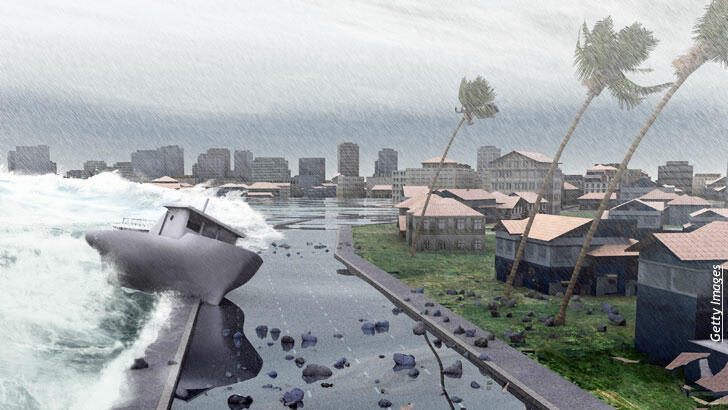 A new paper from an Australian think tank has put forward an ominous proposition which states that failure to address climate change could lead to civilization collapsing by 2050. Authored by experts at the Melbourne-based Breakthrough National Centre for Climate Restoration, the grim assessment argues that environmental upheaval represents a "near-to mid-term existential threat to human civilization" that, if ignored, might spell the end of our world as we know it. In an effort to convey the seriousness of the situation, the paper explores a veritable 'worst case scenario' which could unfold over the next thirty years.

In this hypothetical nightmarish future, "policymakers fail to act" when it comes to climate change over the next ten years and this results in a chain of events that culminates with the planet being warmer by around five-and-a-half degrees Fahrenheit in 2050. This, the experts say, would be calamitous for civilization as "thirty-five percent of the global land area, and 55 percent of the global population, are subject to more than 20 days a year of lethal heat conditions, beyond the threshold of human survivability." Meanwhile, extreme weather would wreak havoc across various parts of the world and an array of ecosystems like the Amazon rainforest as well as the Arctic would collapse.

For those lucky enough to survive the spells of lethal heat, the 2050 scenario paints a dire picture of a world in which "food prices skyrocket" due to the planet losing one-fifth of its crop yields and there are widespread water shortages. Ultimately, the authors of the paper envision "outright chaos" as billions of the people will have their native habitat rendered uninhabitable and, as such, will go searching for a place to live. This, in turn, will result in an influx of proverbial climate refugees taxing the already-strained resources of major nations and could eventually cause a nuclear war to erupt among the last remaining global powers fighting for the veritable scraps of planet Earth.

As one can imagine, the paper recommends "dramatic action" which they likened to the mobilization for World War II in order to prevent the 2050 scenario from taking place. Specifically, they advocate for a "zero-emissions industrial system" that would set the planet on a path towards a safer climate. Of course, whether our modern civilization is capable and, more importantly, willing to undergo such a dramatic and swift transformation remains to be seen. Considering that the nature of climate change continues to be a controversial and hotly debated issue rather than a universally agreed upon threat, one fears that humanity may wind up being the proverbial frog boiling in water that doesn't realize the predicament until it's too late.