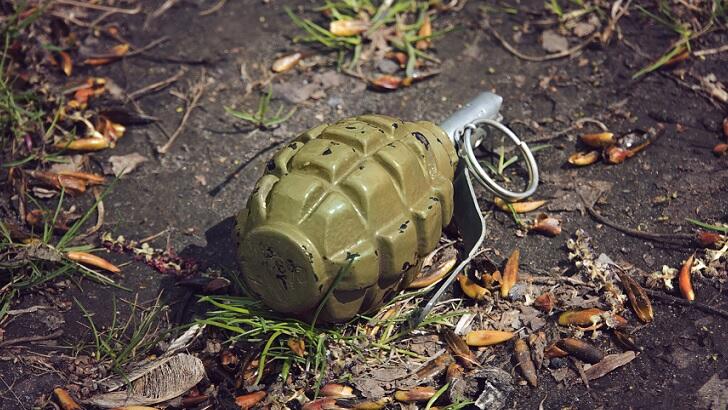 A Pennsylvania boy who was hunting for treasure in his backyard over the weekend made a rather unusual discovery in the form of a hand grenade that had somehow gone unnoticed on the property. According to a local media report, the unnamed seven-year-old and a friend made the unsettling find this past Sunday afternoon in the community of Perkasie. At some point during their search for riches outside the boy's home, they stumbled upon a puzzling box that had been tucked away under some tree branches. In a delightful display of youthful innocence, the kids noticed that the crate was labeled "840 cartridges, 5.56 mm" and took the latter designation to mean that there was $5 million inside the box.

Their visions of an endless supply of candy, toys, and video games made possible by the bountiful discovery soon fizzled when they opened the container and saw a grenade as well as a few mortar tips and fuses. To their credit, the kids did not opt to play with the potentially dangerous items and, instead, told their parents about what they had found. The adults subsequently reported the strange objects to the local police department, who arrived on the scene, determined that they did not pose any immediate danger, and confiscated the materials. An x-ray of the grenade later showed that it was empty, which very well may have prevented the treasure hunt from having a tragic ending.