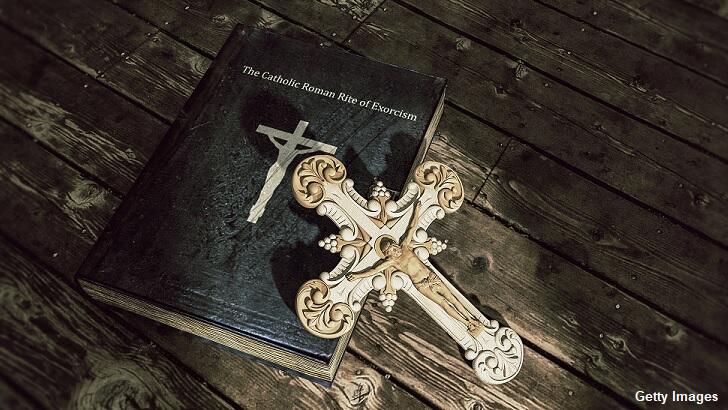 Police officers in a Pennsylvania town responded to a rather unusual call this week when they were enlisted to break up an exorcism that was unfolding at a Home Depot. According to a local media report, the very bizarre incident occurred on Monday afternoon in the community of Dickson City when someone at the home improvement retailer reported what they described as "bad behavior" taking place at the store. When cops arrived on the scene, they discovered "people having an exorcism in the lumber aisle for the dead trees."

Why, exactly, the participants in the ritual suspected that the wood might be possessed by sinister spirits sadly goes unanswered, as the only additional details offered by the Dickson City Police Department is that officers escorted the individuals behind the strange scene out of the building. In keeping with the weirdness of the entire affair, notice of the odd call had been tucked away between a traffic stop and a car accident on a daily police blotter posted online as if thwarting an exorcism didn't warrant any further comment.