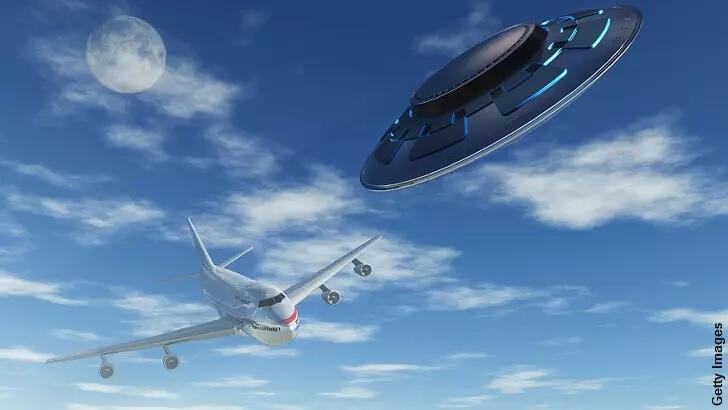 UFO enthusiasts around the world were in a celebratory mood over the weekend after the Pentagon officially announced that they have established a special task force aimed at studying unidentified aerial phenomena. The news came by way of a press release issued late Friday evening by the Department of Defense following reports that the creation of such a group was to be revealed to the public imminently.

In the announcement, they stated that "on Aug. 4, 2020, Deputy Secretary of Defense David L. Norquist approved the establishment of an Unidentified Aerial Phenomena (UAP) Task Force (UAPTF)." The group, they explained, will be lead by the Department of the Navy and seeks to "improve its understanding of, and gain insight into, the nature and origins of UAPs. The mission of the task force is to detect, analyze and catalog UAPs that could potentially pose a threat to U.S. national security."

The press release went on to say that "the safety of our personnel and the security of our operations are of paramount concern. Department of Defense and the military departments take any incursions by unauthorized aircraft into our training ranges or designated airspace very seriously and examine each report. This includes examinations of incursions that are initially reported as UAP when the observer cannot immediately identify what he or she is observing."

This intriguing turn of events is a continuation of what has been a fascinating few years for the UFO phenomenon as it has gone from something of a verboten subject in political and military circles, at least as far as the general public is concerned, to a widely-discussed issue that has reached all the way to the president on multiple occasions. With regards to the UAPTF itself, as seems to always be the case with UFOs, questions abound. Perhaps the most pressing of them all is how forthcoming the group will be with their findings.

While longtime UFO fans are understandably excited about the creation of the task force, it might be wise to temper expectations, since previous efforts from the government, such as the legendary Project Blue Book, failed to provide any answers with regards to the origin and nature of the puzzling phenomenon. That said, the very fact that another effort has been both launched and made public should be seen as a promising development to those who yearn for the subject to be treated with the seriousness it deserves.