Home > Articles > Pentagon Report Said to be Inconclusive Regarding Nature and Origins of UFOs
June 4, 2021 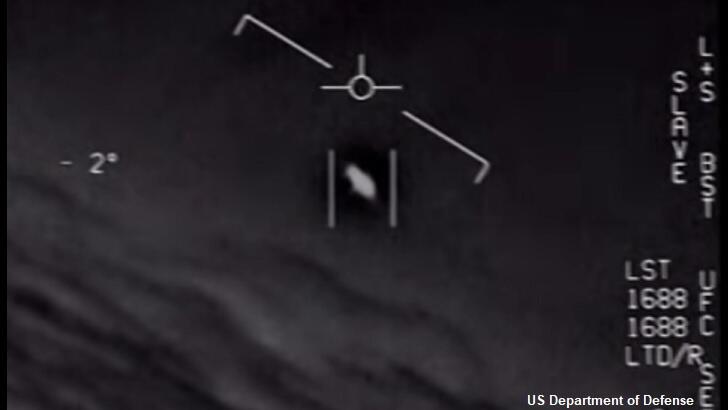 Those hoping for answers to the UFO mystery in the forthcoming and highly anticipated Pentagon report on unidentified aerial phenomena will undoubtedly be disappointed as the study is said to be largely inconclusive regarding the nature and origins of these puzzling objects. Although it will not be released to the public until sometime later this month, a blockbuster New York Times piece published late Thursday evening provided a glimpse into the report's contents by way of "senior administration officials briefed on the findings." Said to have examined more that 120 UAP cases from the last 20 years as well as foreign military encounters with unidentified objects, the study apparently fails to answer the all-important question of what these UFOs are.

Specifically, the report indicates that the government found "no evidence" that UFOs are "alien spacecraft," while also ruling out the possibility that they are secret technology developed by the United States military, though whether or not the Pentagon would reveal such a thing is up for debate. Another often cited suspect, weather balloons, was dismissed in many cases due to the manner in which the objects behaved. One troubling scenario raised by the report is that the UAPs are a display of some kind of "hypersonic technology" harnessed by Russia or China. Ultimately, however, the study offers no definitive conclusion and indicates that the Pentagon simply cannot explain some of the more fantastic cases in which objects accelerate at tremendous speeds, perform hard-to-fathom maneuvers, and submerge into water.

The Times' reporting was subsequently confirmed by CNN, who quoted a Congressional aide as saying "most people would be hoping for visual evidence of little green men, which is almost certainly not going to be the case." To that end, UFO enthusiasts can take some solace in the fact that the inconclusive nature of the study at least leaves open the possibility that perhaps some of these cases are extraterrestrial in nature, especially since one is left to wonder, short of the recovery of an actual ET or one of the vehicles, what the government would consider evidence for these objects being alien spacecraft. That said, it would sadly appear that the report will not be the 'disclosure moment' long yearned for by the UFO research community and that the same questions that have perplexed investigators for decades will continue to go unanswered.

Perhaps the most intriguing question arising from what are said to be the report's findings is what might happen next as it does not appear that the study offered any recommendations for subsequent steps of inquiry from the United States government. Given that these objects cannot be identified, it stands to reason that further investigation would be warranted, especially since they could be exotic technology developed by adversarial nations. Additionally, some have suggested that the report could lead to Congressional hearings regarding the phenomenon, though it is doubtful that such an exercise would be fruitful as far as finding out answers regarding the phenomenon since it would presumably be more political theater rather than an earnest inquiry. And so, as is so often the case with the UFO phenomenon, the answer to the mystery remains maddeningly out of reach.