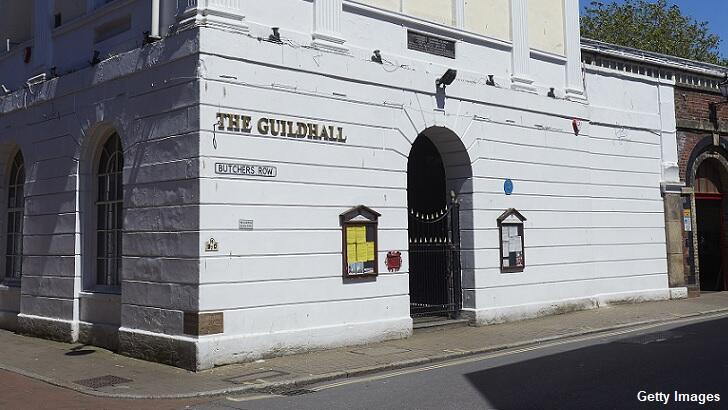 In what sounds like a wildly entertaining meeting, a British paranormal group's request to investigate a historic building was rejected by the community's town council, who cited concerns about what might happen if they uncovered ghostly activity. According to a local media report, the spooky bit of bureaucracy reportedly unfolded in the community of Barnstaple, where the organization Devon Free Spirits had asked officials if they could look into the town's nearly two-century-old guildhall. The fairly formal letter from the group explained that they use "science and also senses to gather information to conduct our investigations" and that they prefer to publish their findings, but would be willing to sign a non-disclosure agreement if necessary.

However, it would seem that such a pact would not be necessary as the Barnstaple town council swiftly shot down the request with some rather colorful reasoning. "Paranormal, from what I've seen on television, where they go in, and they call up the spirits and all this and that, is not something I can put my name to," declared councilor Julie Hunt, "they could do more harm than good by coming in and start mixing with things in the guildhall." Her misgivings were echoed by fellow council member Mel Lovering, who expressed concern that the discovery of potential ghosts in the building would upset people who may have to work there alone. "If I looked up to anybody and said your house might be haunted, you would have fears," she astutely observed.

Another vote against the request came from councilor Alan Rennles, who wondered "whether we need a group of people coming in and telling us something that will frighten the local community and upset them." And, in what one assumes was a clever pun, board member Arthur Windsor told his colleagues that he had "grave concerns" about the request, indicating that "I have heard enough mumbo jumbo, and the rest of it concerned around paranormal events that I personally would not endorse it happening." He went on to muse that "I have grown up believing that you don't mess with what you don't know and understand. I personally don't know enough about this."

It was not all bad news for the Devon Free Spirits as one member of the council displayed a rather savvy understanding of the paranormal. Board member Alan Rennles argued that opening up the building to ghost hunters could be a great way to raise money for the community. Noting that the National Justice Museum in Nottingham is a popular destination for paranormal groups willing to pay for access to a spooky location, he posited that perhaps the town should consider getting in on the proverbial action by way of the guildhall. Alas, it would seem that his pitch fell on deaf ears as the council ultimately rejected the group's request.