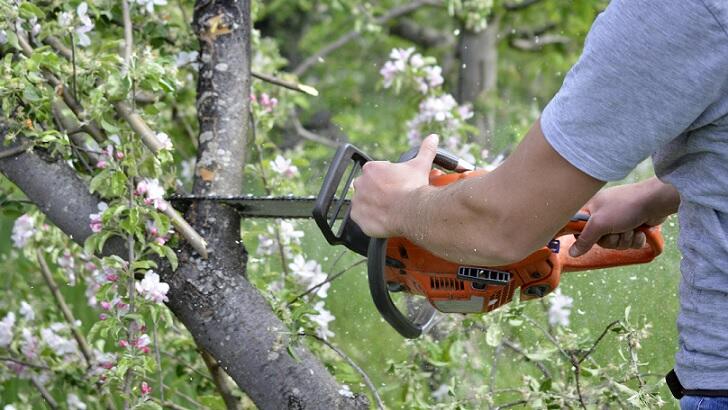 Following a brief pause wherein it appeared that their reign of terror had come to an end, a proverbial phantom lumberjack in England has resumed their strange spree and is now believed to be responsible for taking down nearly 50 trees in the dead of night. The chainsaw-wielding ne'er-do-well caused quite a stir in the county of Surrey earlier this month when they mysteriously cut down a whopping 30 trees throughout several neighboring communities. An increase in police patrols, a slew of media attention, and an attentive public on the lookout for the miscreant appeared to cause them to stop their shenanigans perhaps out of fear of being caught. However, the phantom lumberjack came roaring back this past weekend and raised their total number of victims to a staggering 48.

In this latest spree, which unfolded over the course of just two days, a total of eight trees were reportedly taken down by the mysterious stranger, who has proven to be particularly deft at avoiding detection. One homeowner who lost two trees to the phantom lumberjack lamented that "we heard absolutely nothing and we were all up" when the troublemaker was committing their misdeeds. The furtiveness of the individual was echoed by another victim who said that "some of us have taken to naming him 'Jack the Chipper' because of the mysterious nature in which he conducts himself without a trace except for the body of the tree the next day."

Based on how quietly the scoundrel goes about their sinister business, experts believe that they are likely using a battery-operated chainsaw that emits far less noise than its gas-powered counterpart. Aside from that logical deduction, the phantom lumberjack's identity and motive remain a mystery with some suspecting that the incidents could actually be a twisted competition among multiple malefactors. Making matters all the more disheartening is that a few of the targets taken down during the spree were actually memorial trees, which has understandably only increased the ire of residents living in the communities that have been victimized by the phantom lumberjack.

To that end, as the number of downed trees has increased, an air of paranoia has gripped the region. "Everybody is looking at each other with suspicion," one resident said, musing that the phantom lumberjack is "probably enjoying all of our responses" and "feeding off" the furor that they have created. For their part, police continue to be flummoxed by the case,saying that they have followed up on some leads, but the tips failed to identify a suspect. As such, authorities have appealed to the public for any home security footage which may show the tree-cutting culprit in action, since that would appear to be their best chance to finally collar the phantom lumberjack.