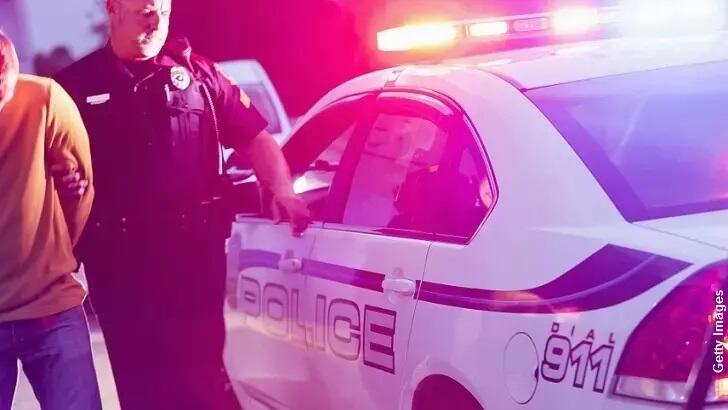 Authorities have made an arrest in the case of the 'Phantom Lumberjack,' a nefarious ne'er-do-well believed to be responsible for cutting down dozens of trees throughout several communities in England. Dubbed 'Jack the Chipper' by some clever observers, the miscreant began their proverbial reign of terror a few weeks ago in the county of Surrey. Over the course of about a month, approximately 50 trees are thought to have been taken down by the mysterious individual. The sinister slayings, which seemed to occur silently in the dead of night, sparked widespread community outrage. In turn, both residents and police embarked on an exhaustive manhunt for the 'phantom lumberjack' and now it appears that their proverbial dragnet has led to the arrest of a suspect in the case.

On Friday morning, Surrey Police announced that they had received "a fantastic response from residents who contacted us with information" concerning a vehicle spotted in the vicinity of the phantom lumberjack's victims. Following up on that lead, police eventually tracked down the suspicious car and made a rather grim and telling discovery. Upon searching the vehicle as well as the driver's home, they found "several chainsaws and wood chippings." Cops subsequently arrested the 24-year-old man on "suspicion of criminal damage" as well as being in possession of equipment intended to be used in the commission of a crime.

Time will tell whether or not the yet-to-be-identified young man is the actual phantom lumberjack or if his apprehension is merely an unfortunate case of mistaken identity. That said, given their announcement of the arrest, it would appear that Surrey Police are fairly confident that they have positively identified the much-sought-after 'Jack the Chipper.' Stopping short of outright declaring the case closed, they said in a statement that "this is an encouraging development in this investigation. We continue to piece together the evidence we have." Of course, even if the suspect turns out to be the perpetrator of the strange crime spree, why they took down so many trees and how they pulled it off with such stealthiness remain a mystery.