Home > Articles > Photo of Iceberg That Likely Sunk the Titanic Goes Up for Auction
June 16, 2020 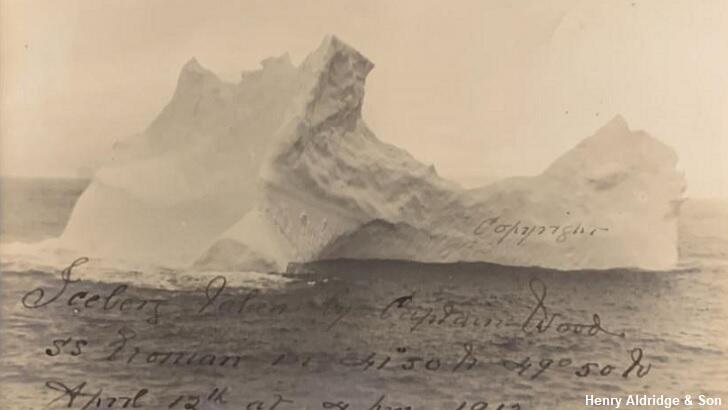 A remarkable photograph believed to be that of the infamous iceberg which sunk the Titanic is going up for auction in England. The incredibly rare image was reportedly snapped by the captain of an ocean liner who passed along the same course as the doomed ship a mere two days prior to its sinking. Later realizing what he had documented, Wood sent the image to his great-grandfather along with a note marveling that the photo showed "the iceberg that sank the Titanic. We crossed the ice tracks 40hrs before her and in daylight, so saw the ice easily and I got a picture."

As one can imagine, considering the chaos that ensued when the collision occurred, there are no images of the iceberg from the Titanic itself. Attempts to locate the object in the days that followed the ship's sinking led to a handful of candidates emerging, however the coordinates given by Wood for the photo's location as well as the timing of when he took the picture make a strong case for 'his' iceberg being the one which sunk the legendary ship.

This was echoed by Andrew Aldridge, of the auction house that is selling the photo. He noted that the iceberg's "distinctive odd shape at the top" appears to match sketches made by two separate witnesses who managed to escape the disaster. With all of that taken together, Aldridge declared that the "Captain Wood’s photograph must be the most likely" and only image of the historic iceberg. The photograph along with the note written by the captain to his great-grandfather will be up for auction this coming Saturday and is expected to fetch a whopping $15,000 at sale.