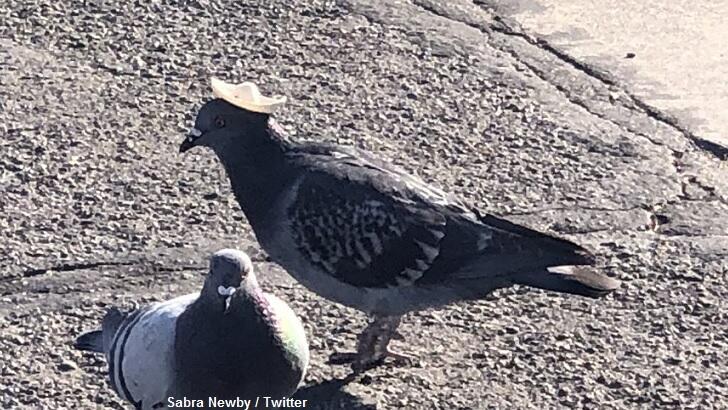 In what is undoubtedly a copycat of a similar strange case out of Nevada, a pigeon in Reno was recently spotted wearing a tiny sombrero. The hat-clad creature was reportedly noticed this past Wednesday by City Manager Sabra Newby while she was on a ride-along with parking enforcement officers. "While quirky or fun, it's still inhumane," she said in a statement, "Reno cares about our animals. They need protection and don't need to become a punchline."

Newby also noted that the sighting comes on the heels of a bizarre story from December in which three pigeons wearing cowboy hats were seen in Las Vegas. In that instance, an animal rescue group was able to capture one of the birds. However, it was revealed this week that 'Cluck Norris,' as it had come to affectionately be known, had sadly passed away, possibly due to having a tiny hat glued to its head.

Authorities in Reno are asking residents who may encounter the sombrero-wearing pigeon to call the animal control department so that the creature can be captured and hopefully freed from its unfortunate predicament. One can only hope that the bird fares better than Cluck Norris did and that this incident does not inspire any additional cases of ne'er-do-wells cruelly gluing hats to pigeons' heads.