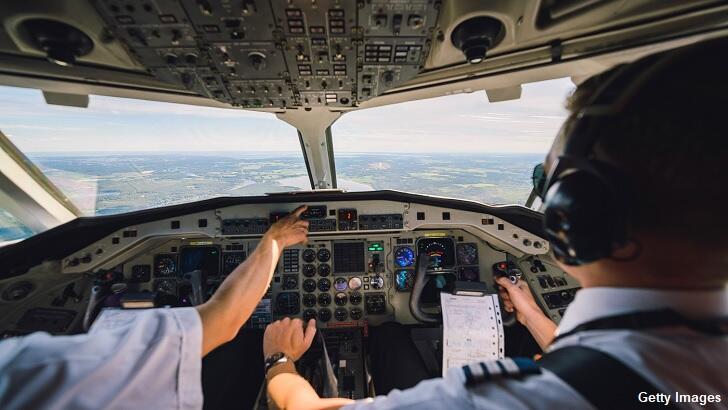 In an intriguing incident that occurred over the weekend, the pilot of a flight to Phoenix contacted air traffic controllers to report a close encounter with a strange-looking UFO. The weird event reportedly took place on Sunday afternoon as American Airlines Flight 2292 was flying over New Mexico on a route from Ohio to Arizona. To the surprise of radio interceptor Steve Douglass, who was monitoring communications at the time, the pilot reached out to air traffic controllers in the area with a rather remarkable query.

"Do you have any targets up here," the pilot asked before reporting that "we just had something go right over the top of us. I hate to say this but it looked like a long cylindrical object that almost looked like a cruise missile type of thing moving really fast right over the top of us." A response to the pilot's inquiry was, unfortunately, not picked up, but flight tracking websites indicate that there were no aircraft in the vicinity of the plane which could account for the odd sighting.

A seasoned tracker of radio communication, Douglass told a local TV station that what stood out about the moment was the pilot's voice. "I heard this aircraft, basically, above all other aircraft," he recalled, "because the tone in his voice was so excited." He went on to reveal that a friend who an ex-military pilot told him that "for them to see this object, it had to be coming at them practically head-on. So whatever it was, came fast and right at them and right over them which gave them a big enough scare they had to report it."

The FAA will now presumably look into the matter to see if they can determine what the pilot may have seen. However, Douglass indicated that since the incident occurred on a Sunday, it was unlikely to be related to the military. And, he mused, "if the military can't explain what it is, what's flying out there that we don't know about?" The case this past weekend is just the latest in what has been a series of noteworthy UFO reports from pilots over the last few years from Pakistan and England to Las Vegas and Long Island.