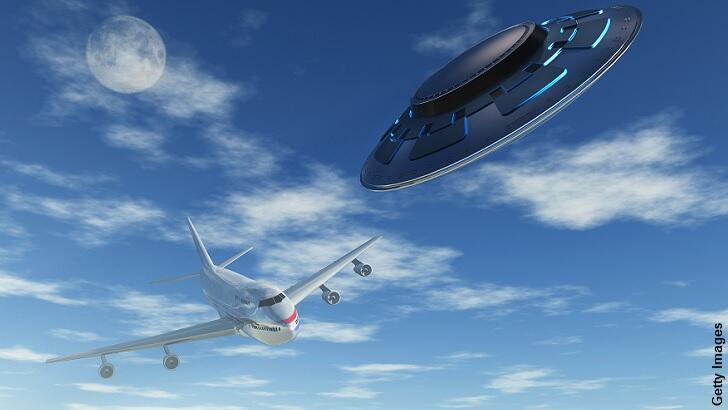 A Pakistani pilot flying near the city of Karachi was left scratching his head on Friday when he spotted a UFO flying near his plane. The intriguing encounter reportedly occurred during what had been an otherwise run-of-the-mill flight to the city of Sukkur. Shortly after taking off, however, the pilot noticed something odd sharing the sky with him and contacted air traffic controllers about the sighting.

According to the witness, the object was dark brown or black and seemed to be located around 150 feet above his aircraft. Perhaps the most fantastic aspect of the case is that he told ATC operators that the oddity "looked like a spaceship." Clearly committed to his craft rather than chasing UFOs, the pilot promptly adjusted his flight path after reporting the sighting and then departed the scene without even taking a picture of the strange object.

As to what it may have been, officials with the civil aviation authority in Pakistan theorized that the pilot simply spotted a drone in the sky and turned the case over the local police to investigate the situation. The possibility that the UFO was a weather balloon has also been raised by some observers, but that answer was dismissed by a meteorologist who argued that the witness would have known the nature of the object due to his training. Strangely enough, the incident comes on the heels of another weird aerial event in Pakistan in which pilots flying in that same general area reported seeing inexplicable laser beams in the sky.