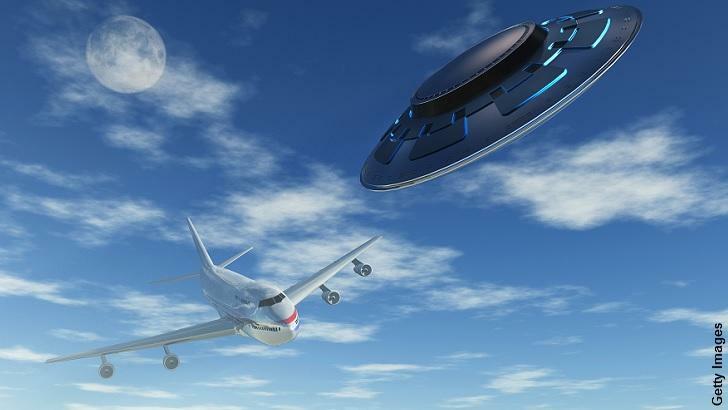 A pair of pilots flying over the Canadian territory of Baffin Island last month reported seeing a UFO that appeared to change colors. According to a local media source, the mysterious encounter took place on November 24th at around 8:30 in the evening as a Nolinor Aviation airliner was making a seemingly routine flight to a northern part of the island. A somewhat sparse report filed to the Canadian Civil Aviation Authority indicated that the pilots spotted something unidentified, that NORAD had been informed of the incident, and that the flight proceeded without any problems.

Although the official report provides little in the way of details surrounding the object that puzzled the pilots, an official with Nolinor airlines was able to provide some insight on the case after speaking with the witnesses. Marco Prud’homme says that pilot recalled seeing an inexplicable light that appeared, at different times, to be red, green, and white. Despite the fantastic nature of the sighting, he posited that the oddity was "probably something natural" such as a meteorite.

If that explanation sounds familiar, it might be because the same reasoning was used by experts to explain a similar, headline-making encounter by pilots who reported seeing a UFO off the coast of Ireland just a few days prior to the Canadian encounter. And while meteorites may very well be source for both unidentified lights, this new case once again raises the question of why UFO reports from pilots seem to be popping up in the news more frequently these days.