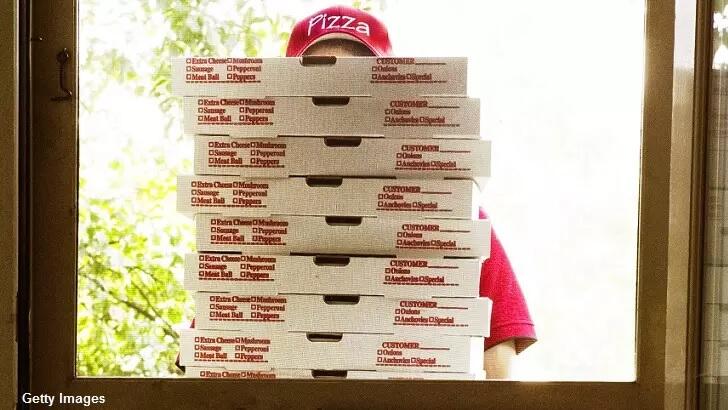 In a bizarre story out of Belgium, a beleaguered man claims that some nefarious individual has been ordering countless pizzas to be delivered to his home for the last nine years! According to a local media report, the strangeness began back in 2011 when a delivery driver appeared at Jean Van Landeghem's door with "a whole load of pizzas" that he never requested. Although he initially thought it was a simple mistake, the man soon learned that the incident was the opening act in what has become a living nightmare.

Since that fateful day, Van Landeghem says, a seemingly endless stream of pizzas, as well as other delivery items like kebabs and pitas, have been ordered to his home by the dedicated miscreant who clearly has a grudge against the man. The visits from restaurant workers unaware that they have been caught up in an elaborate ruse occur at all hours of the day and night, he lamented, and one incident in particular saw ten different delivery drivers show up at the same time.

While the individual responsible for the sinister campaign is likely filled with ill-gotten glee, Van Landeghem is understandably tormented by their actions. "I cannot sleep anymore. I start shaking every time I hear a scooter on the street," he revealed, "I dread that someone will come to drop off hot pizzas yet another time." Almost as annoyed by the entire affair are local restaurants who have been forced to eat the cost of the faux orders time after time.

Strangely enough, Van Landeghem revealed that one of his friends who lives in a nearby town has also been on the receiving end of the proverbial pizza stalker for the last nine years, which would seem to indicate that someone they know is behind the series of deliveries. Unfortunately, attempts to get help from local authorities have proven futile, leaving the frustrated homeowner to declare "I cannot take it anymore. When I find out whoever has been bothering me for the past nine years, it will not be their best day."