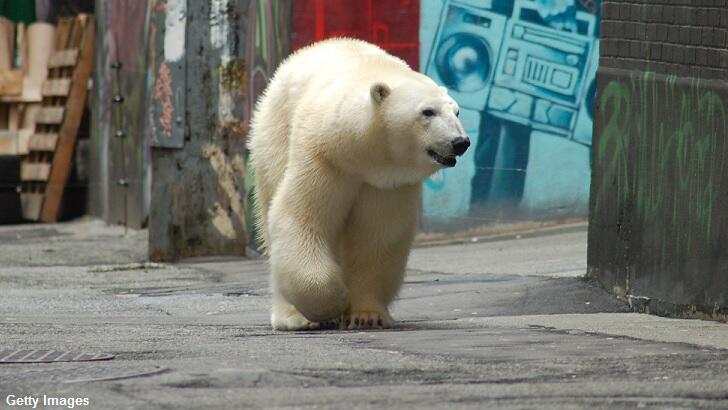 Officials in Russia were forced to declare a state of emergency this past weekend in response to an unsettling number of polar bears that have invaded a town in Siberia. According to a local media report, an astounding 52 of the creatures have been observed in the community of Belushya Guba which sits on a remote archipelago known as Novaya Zemlya. The occasional appearance of polar bears in the area is not a particularly new phenomenon, but this specific incursion has reached a tipping point for beleaguered residents due to the sheer number of animals that have descended upon the town.

In a statement issued by authorities regarding the state of emergency, they noted that "the people are scared. They are frightened to leave their homes and their daily routines are broken." The pesky polar bears have not only been seen scavenging through dumpsters in search of food, but have now begun venturing into buildings and houses looking for something to eat. Coupled with that brazen behavior is what appears to be an increase in aggression from the hungry creatures towards residents who are unfortunate enough to encounter them.

Prior to this latest turn of events, officials had installed enforced fencing around schools, used special vehicles to ferry workers to their jobs, and instituted patrols to watch out for the animals roaming throughout the town. Making matters worse, polar bears are a protected species in Russia and, therefore, there is little that can be done about the creatures coming into the community. As such, not only has the polar bear population in the town grown, but the animals have also seemingly gotten used to being around people, leading to concerns that the creatures' fear of humans may soon be replaced with a taste for them.