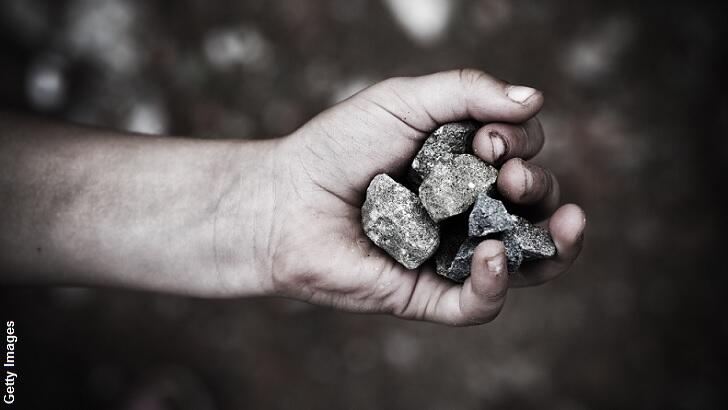 For the last two months, family in Zimbabwe has been suffering from frequent 'attacks' by a mysterious force which rains rocks down upon them in their home.

According to the Chiviru family, who live in the town of Chinhoyi, the strange ordeal began back in early May when their daughter was pelted with a pair of stones which seemingly came from nowhere.

The incidents allegedly continued to occur around the same time each evening and, eerily, the falling rocks began to increase in size.

These weird events were so frequent that the family now possesses two large sacks that are full of these 'mystery stones' which have no known origin.

According to the mother of the family, their nineteen-year-old daughter is the most frequent victim of the attacks and has been known to lose consciousness when they occur or even enter into a trance.

In at attempt to help his daughter, her father constructed a makeshift shield using thick metal sheets that he placed around and over her.

Alas, the covering could not stop all of the stones from hitting her and a pair of rocks somehow managed to penetrate the metal to strike the young woman.

Strangely, her father reported to the Zimbabwe Herald, "when I looked at the sheet, there were two footprints the size of my little finger."

Based on other odd events occurring in and around the home, such as objects moving on their own, human waste being somehow put in their food, and unexplained physical attacks on their daughter, it would appear that the Chiviru family are dealing with some kind of poltergeist.

The beleaguered family turned to local religious leaders for help, but their visit was apparently rebuffed by the 'entity' as a clay pot that they had buried in the yard during a cleansing ritual was summarily found to be inexplicably dug up and placed on their front step.

Left with no other answers, the family hopes that the attacks can stop or that someone can help them to fight off the 'being' so that they can live in peace once again.

"I do not know what wrong I have done to deserve such pain and mystery occurrences," Mr. Chiviru told the newspaper, "we would like to appeal to anyone who could help but from the manifestations of my daughter and previous experiences, this will need someone strong."