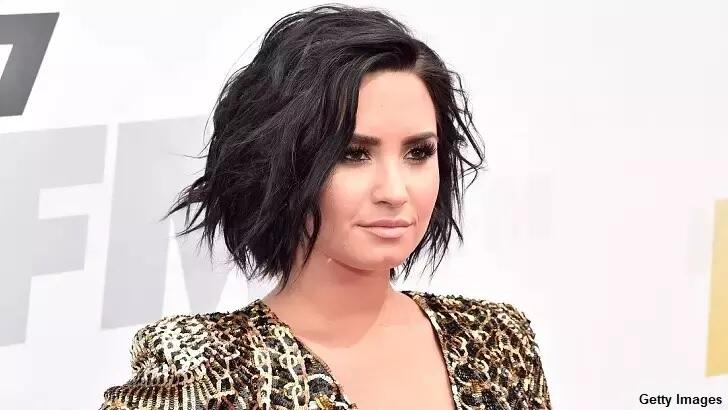 Leading up to the premiere of their new docuseries Unidentified, which is centered around searching for UFO answers, Demi Lovato has revealed more about their experiences allegedly contacting the mysterious phenomenon and shared their thoughts on what the 'alien agenda' might be. In an interview with Entertainment Weekly, the pop star explained that the program was inspired by a "mind-blowing experience" that unfolded during a stargazing trip for their 28th birthday. According to Lovato, "we tried to do this protocol where you make contact and all of a sudden something showed up directly above us in the sky." The wondrous sight, they said, consisted of a series of lights that seemed to form the shape of a question mark before suddenly vanishing into the night sky.

Asked if the experience was frightening, the pop star marveled that their response was quite the opposite, musing that "the feeling that you get from these beings is so warm and loving and accepting that it's just overwhelming joy that happens when you're able to make contact." Lovato went on to clarify that they were not literally "shaking hands with these beings," but that the connection occurs when they "intentionally try to meditate and try to manifest sightings." Based on their success with this tactic, the pop star argued that "these beings are extremely peaceful and loving, and when they show up, you can absolutely feel that concept."

While more serious-minded UFO researchers may scoff at the pop star's pursuit of the phenomenon, Lovato indicated that they have done their proverbial homework when it comes to the topic, theorizing that ETs became interested in the human race back in the 1940s when we began developing nuclear weapons. Since that time, they opined, aliens have taken a more active role in monitoring the planet to the point that "they're living among us and we don't even realize it." To that end, the pop star postulated that "these beings are looking out for our best interest" and, as such, "there's nothing to fear" when it comes to ETs. For everyone's sake, let's hope that Lovato is correct and that the aliens' message doesn't wind up being 'sorry, not sorry' as they invade the Earth.