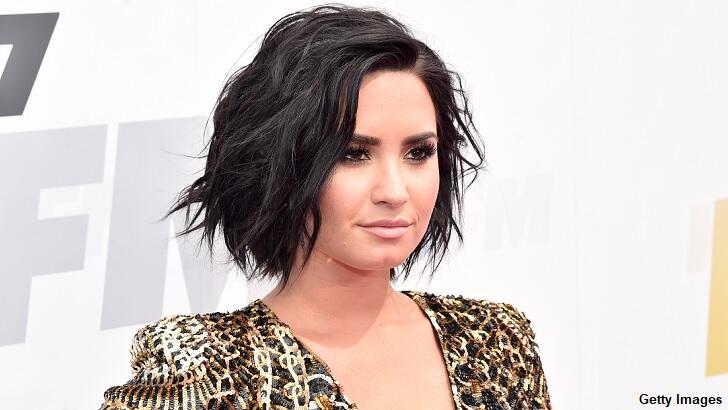 In a surprising social media post this past weekend, pop star Demi Lovato shared a video of an anomalous object which she believes to be a UFO and claimed that she can contact aliens. According to the musician, the remarkable footage was captured during a recent expedition to Joshua Tree alongside "a small group of loved ones" as well as longtime Coast to Coast AM guest and disclosure advocate Dr. Steven Greer. Lovato's video, which can be seen below, shows a curious-looking glowing light that can be seen silently moving across the sky as Greer marvels "this is the real thing in 3D."

As part of a lengthy caption accompanying the footage, the pop star reveals that "over the past couple months I have dug deep into the science of consciousness and experienced not only peace and serenity like I’ve never known but I also have witnessed the most incredibly profound sightings both in the sky as well as feet away from me." Lovato goes on to caution that "this planet is on a very negative path towards destruction but we can change that together."

Offering a solution to this issue, she argues that "if we were to get 1% of the population to meditate and make contact, we would force our governments to acknowledge the truth about extraterrestrial life among us and change our destructive habits destroying our planet." With regards to her video, Lovato contends that "this is just some of the evidence from under the stars in the desert sky that can no longer be ignored and must be shared immediately."

Lovato wraps up her interstellar call to arms by telling her followers to download Greer's CE5 app, which he claims allows for peaceful contact with aliens, promising them that "it will teach you the protocols to connect to life form beyond our planet!" Conceding that they may not find success "on the first try," she urges them to "keep trying" because "it took me several sessions to tap into a deep enough level of meditation to make contact!"