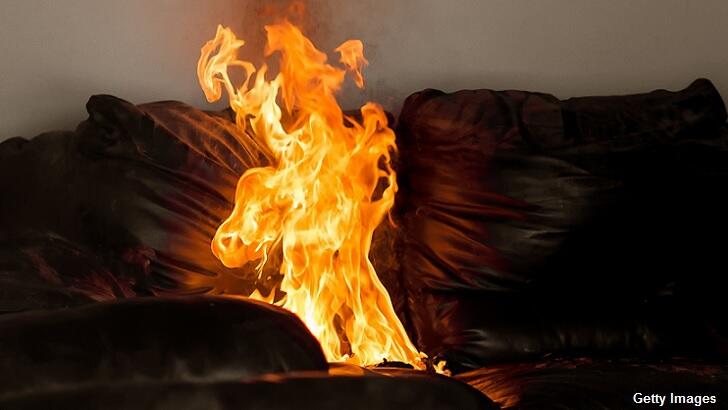 Firefighters in Louisiana stumbled upon a strange scene when they responded to a call about a blaze at a trailer home and learned that it was caused by a bizarre exorcism involving a 'possessed' couch. The weird incident, which reportedly occurred in the city of Denham late last week, was allegedly the work of one JoLynn Winn, who was the owner of the RV. Apparently unsettled by the belief that there was some kind of spirit in her midst, she told authorities that she set fire to her own sofa in an effort to "get the devil out."

Fortunately, Winn was not injured from the impromptu exorcism and only suffered a brief spell of smoke inhalation. After she was treated for that, she was subsequently arrested for arson and, sadly, it appears that her home was largely destroyed. While the idea of a couch becoming possessed may sound unbelievable to some, having heard of the haunted couch of Waco, Texas, we're a bit more inclined to give her the benefit of the doubt.