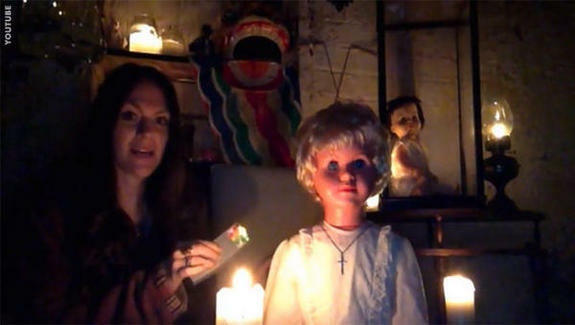 Videos of an allegedly possessed doll are said to cause chest pains, nausea, and headaches in those who have viewed them, according to paranormal investigator Jayne Harris. The doll, known as Peggy, was acquired by Harris from its former owner who claimed it was responsible for a series of nightmares and ill-health symptoms. "If I had to guess, I’d say close to 80 people have came forward with experiences," Harris reported. Check out the video here (if you dare).